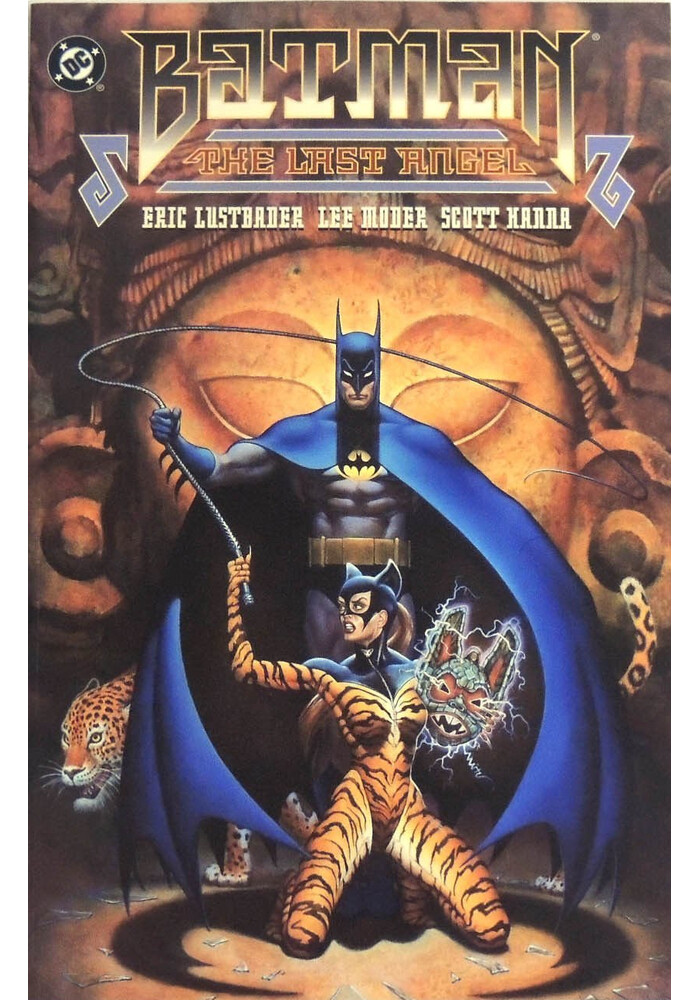 Internationally best-selling suspense writer Eric Lustbader makes his comics debut with an untold tale of Batman and Catwoman! When the Dark Knight becomes possessed by an ancient Aztec bat-god, Catwoman must stop him before he commits a heinous crime, forcing both Batman and Catwoman into a reversal of roles. Batman nemesis Boss Rupert Thorne appears, as well as a surprise villain who is manipulating people and events behind the scenes. Written by Eric Lustbader, with art by Lee Moder and Scott Hanna. Painted cover by Hugo Award winner Don Maitz.
Be the first to write a review!
Path: Home > COMIC BOOKS > DC COMICS SERIES > BATMAN THE LAST ANGEL