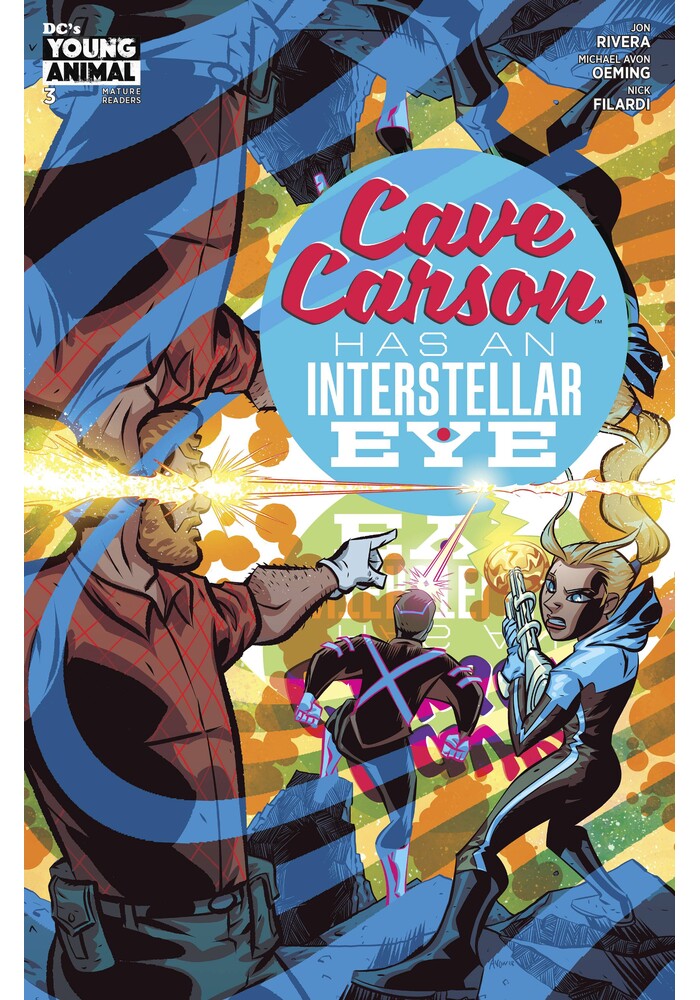 CAVE CARSON HAS AN INTERSTELLAR EYE #3

It's hard enough being stranded on a planet in the middle of an ages-long psychic laser war without being told you're the prophesied savior of one of the factions. Cave Carson's never been interested in moral philosophy, after all, and there is a black, gooey substance he's found that's much more engaging in 'Destiny of the Lazer Monks' part two!
Be the first to write a review!
Path: Home > COMIC BOOKS > DC COMICS SERIES > CAVE CARSON HAS AN INTERSTELLAR EYE #3