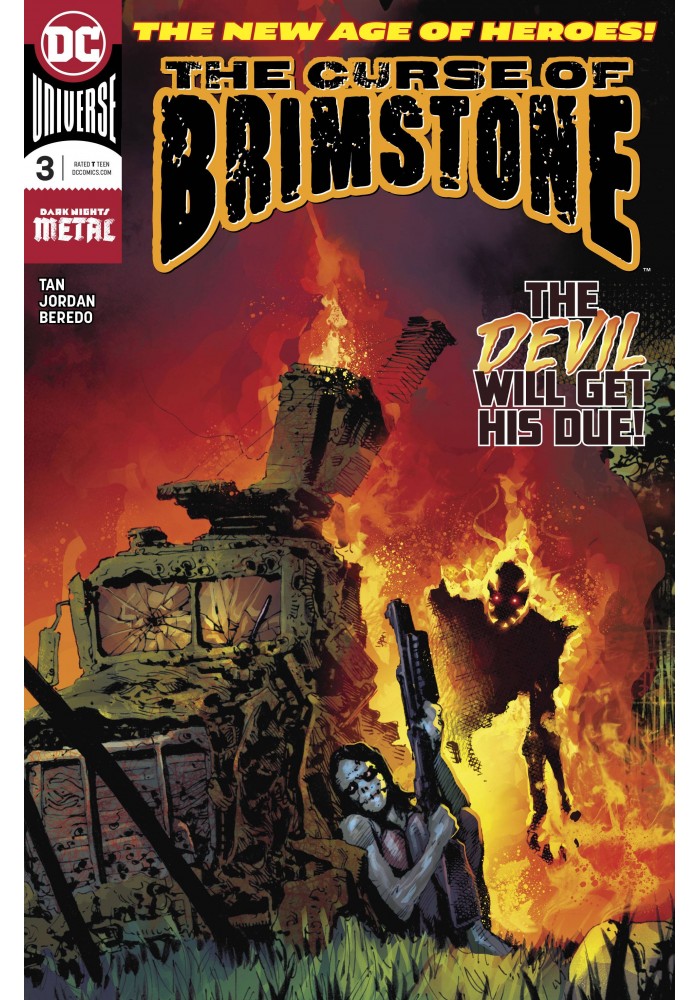 It's tragic enough that Brimstone's town was set on fire by his own hands, but nowÉ his father?! Turning Joe into Brimstone was just for fun - the Salesman now holds Joe's father hostage as well! Brimstone must fight the Salesman's ice creaturess, the Hound, to save his father from her clutches. But without knowing exactly what his fiery powers wield, how can Brimstone be sure he won't accidentally destroy another townÉ or himself?
Be the first to write a review!
Path: Home > COMIC BOOKS > DC COMICS SERIES > CURSE OF BRIMSTONE #3