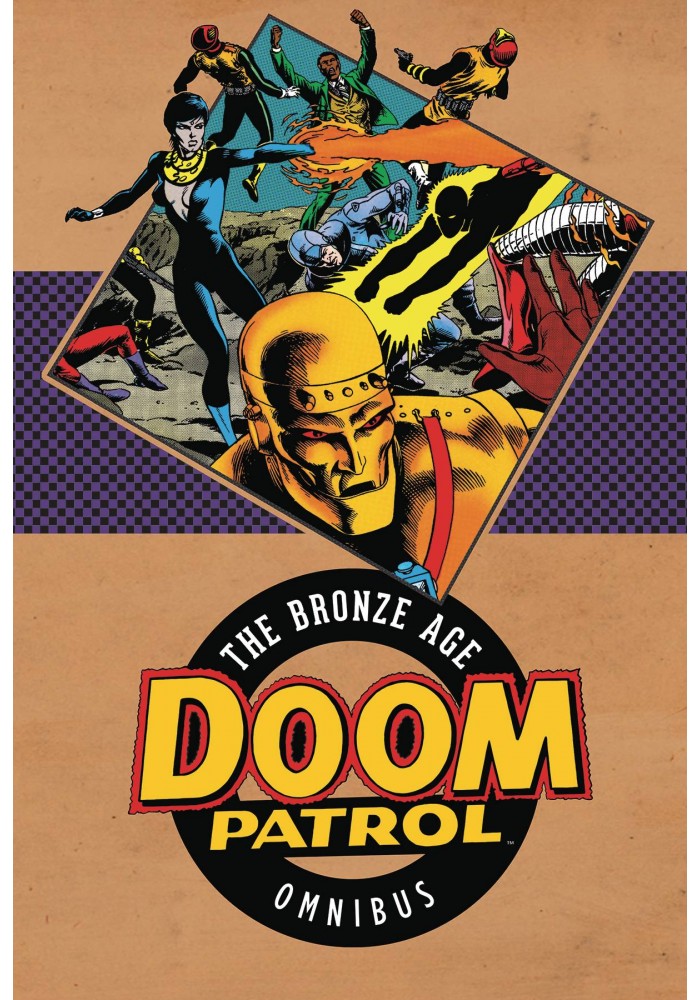 Following the end of their original series in 1968, the World's Strangest Heroes made their return in 1977 in a series of tales that jumped across titles and featured appearances by Supergirl, Superman, the Suicide Squad and more! Collects SHOWCASE #94-96, DC COMICS PRESENTS #52, DARING NEW ADVENTURES OF SUPERGIRL #7-9, DOOM PATROL #1-18, DOOM PATROL AND SUICIDE SQUAD SPECIAL #1, SUPERMAN #20, DOOM PATROL ANNUAL #1 and stories from SECRET ORIGINS ANNUAL #1 and SUPERMAN FAMILY #191-193, almost none of which have been collected before!
Be the first to write a review!
Path: Home > COMIC BOOKS > DC COMICS SERIES > DOOM PATROL THE BRONZE AGE OMNIBUS HC