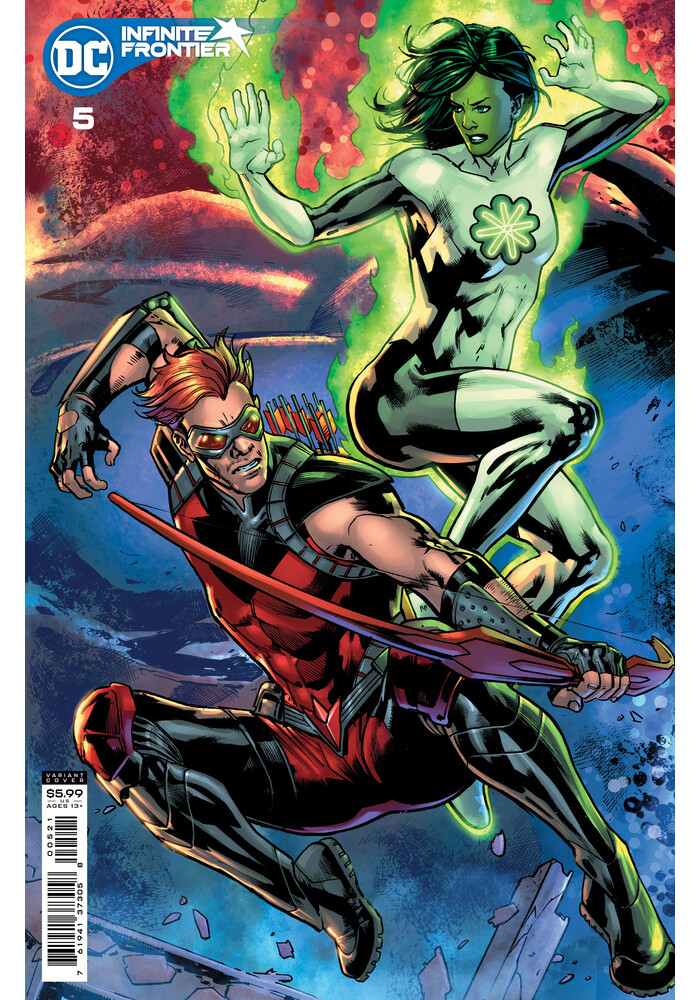 Roy Harper finds himself forced to do things on his own. He’s been through a lot since he was Green Arrow’s sidekick, and usually, the only person he can count on is himself. Hence, he’s hiding the fact that he’s back from the dead from his old friends. He comes across Jade, who has also been stranded by herself—can he help her while letting her help him? Because neither of them can handle Darkseid all by their lonesome. Meanwhile, Barry Allen sends out a call: it’s time for all the heroes exploring the Infinite Frontier to come to the Omega Planet!
Be the first to write a review!
Path: Home > COMIC BOOKS > DC COMICS SERIES > INFINITE FRONTIER #5 (OF 6) CVR B BRYAN HITCH CARD STOCK VARIANT