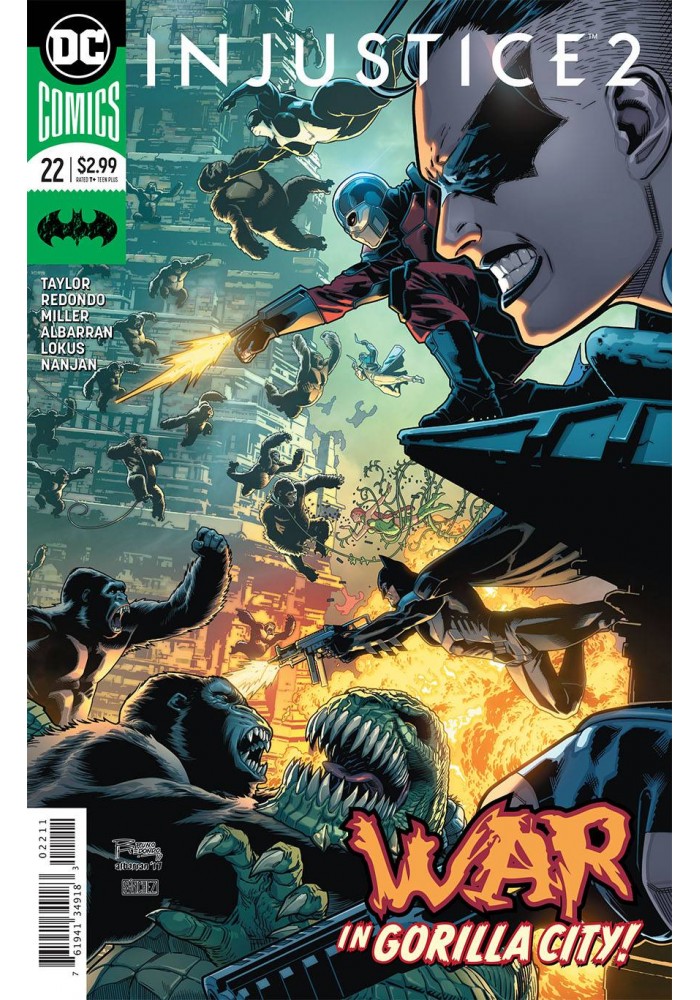 The Gorilla City rebellion explodes, putting Ra's al Ghul and his mission in jeopardy. It's up to the Suicide Squad to get him out alive-but Ra's has a trick or two up his sleeve. Later, Amazo is sent on another mission of mass destruction, but a new champion wearing the 'S' shield is out to stop him.
Be the first to write a review!
Path: Home > COMIC BOOKS > DC COMICS SERIES > INJUSTICE 2 #22