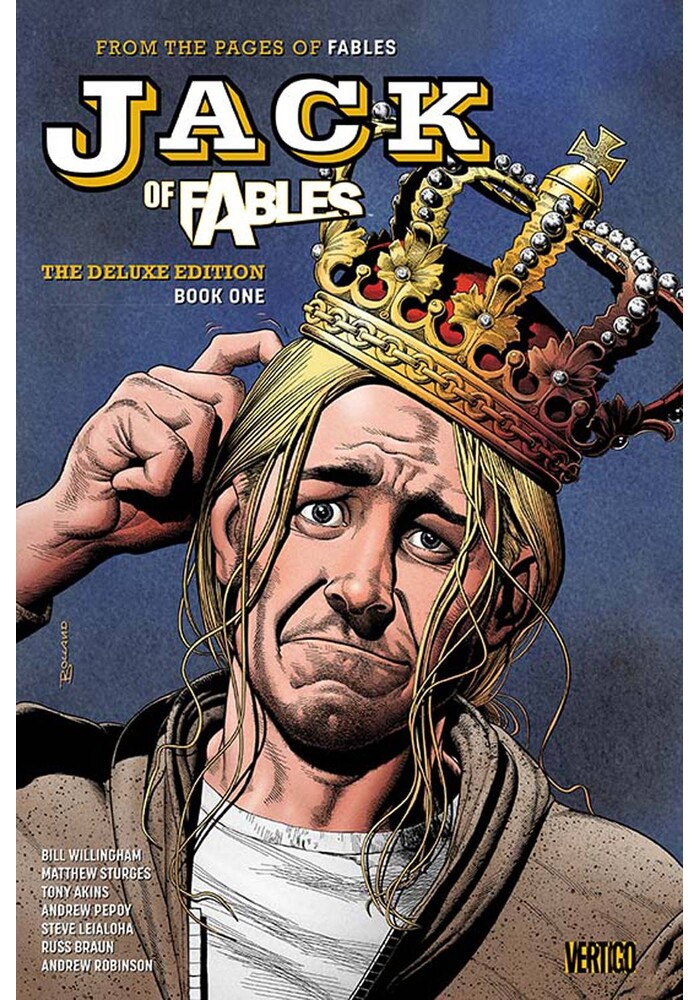 From the pages of FABLES, Jack is back in a new series of Deluxe Editions collecting issues 1-16! As a wayward Fable in the heartland of America, Jack encounters other renegade Fables as the series begins. Find out how Jack stole the Snow Queen's powers to become Jack Frost, and witness Jack's arrival in Las Vegas, where he meets and weds an heiress!
Be the first to write a review!
Path: Home > COMIC BOOKS > DC COMICS SERIES > JACK OF FABLES DELUXE HC BOOK 01