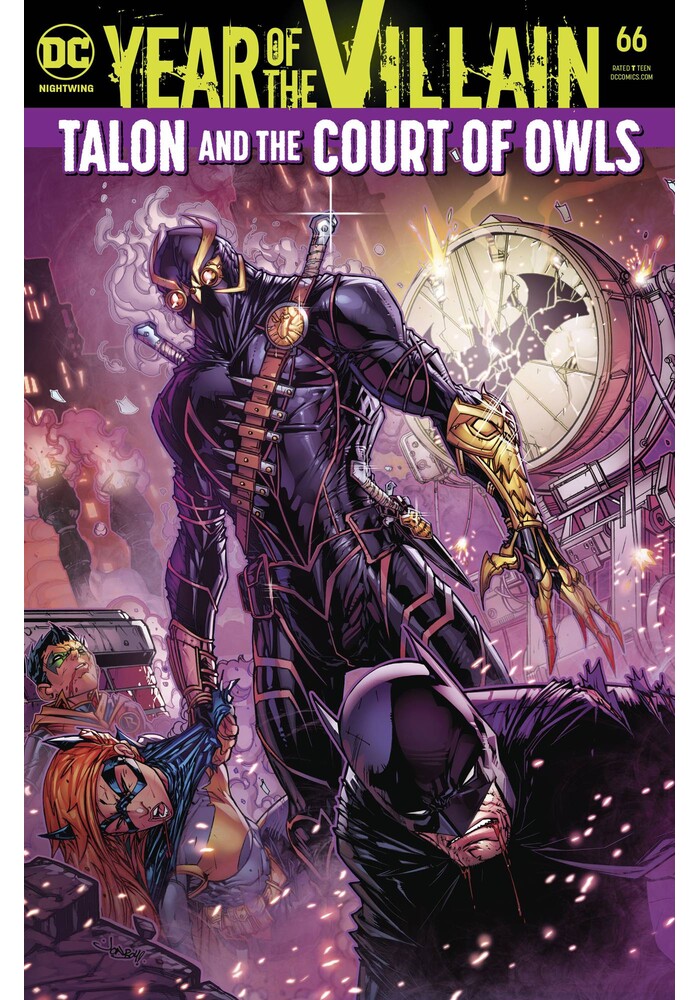 William Cobb has taken the Nightwings down one by one, leaving Ric on his own in a Blьdhaven that is literally aflame. Cobb offers Ric a chance to save his city by at last fulfilling his legacy as the Gray Son and becoming the new Talon and leading the Court of Owls into a new age.