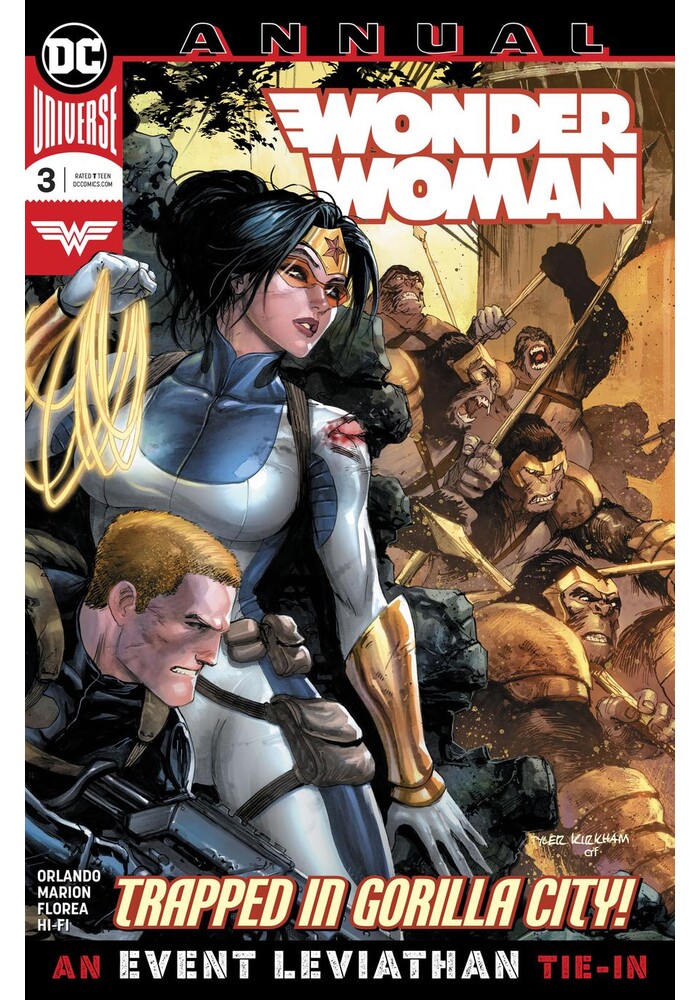 An EVENT LEVIATHAN tie-in issue! Years ago, Wonder Woman saved young Maria Paul from an explosive standoff between A.R.G.U.S. and the insurgent Sons of Liberty. By pulling that child from an inferno of hate, Wonder Woman changed her life. Diana watched Maria grow up into one of A.R.G.U.S.'s top agents. Every step of the way, Wonder Woman mentored Maria, taking her on her first mission - a daring rescue in Gorilla City. But when Leviathan decimates A.R.G.U.S., Diana's absence causes Maria to question everything, pushing her toward Leviathan itself. And when she does… the truth about her fiery rescue by Wonder Woman might just kill her.