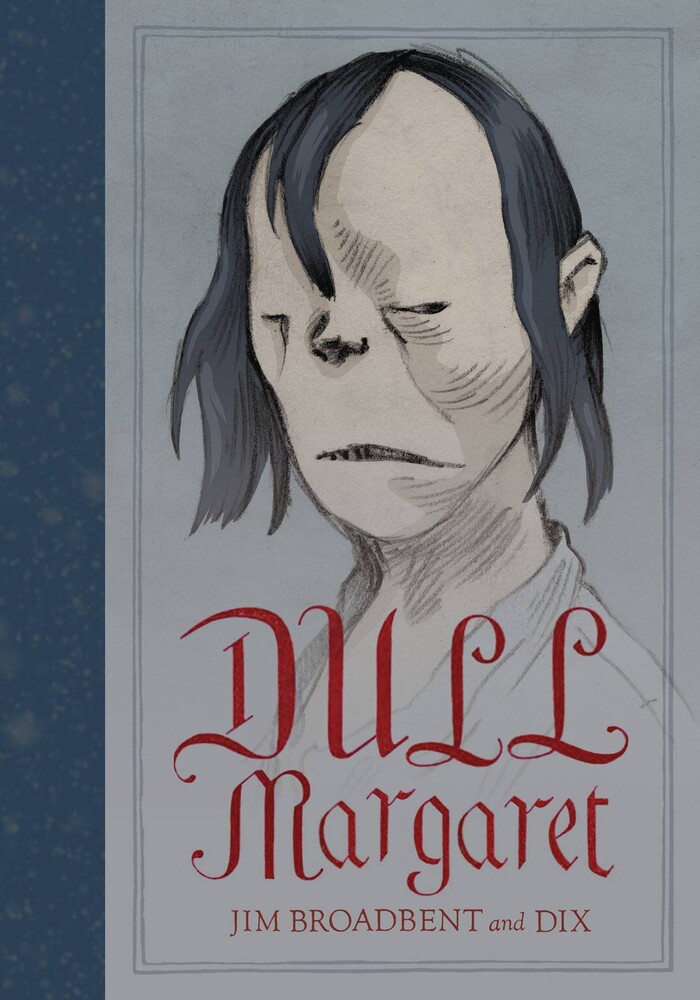 Academy Award winning actor Jim Broadbent (Harry Potter, Game of Thrones) and acclaimed Guardian cartoonist Dix (Roll Up! Roll Up!) team up to tell the story of one of the most singular characters ever depicted in graphic fiction: the inimitable Dull Margaret. Loosely inspired by Dulle Griet, a 16th-century painting by Pieter Bruegel the Elder, Dull Margaret also draws inspiration from Goya's witches and Daumier's depictions of roving players to paint its own rich portrait of a damaged soul navigating an unsparing world. Anchored by a sharp, black humor, Dull Margaret is a wildly original graphic novel for the ages.
Be the first to write a review!
Path: Home > COMIC BOOKS > FANTAGRAPHICS COMICS SERIES > DULL MARGARET HC