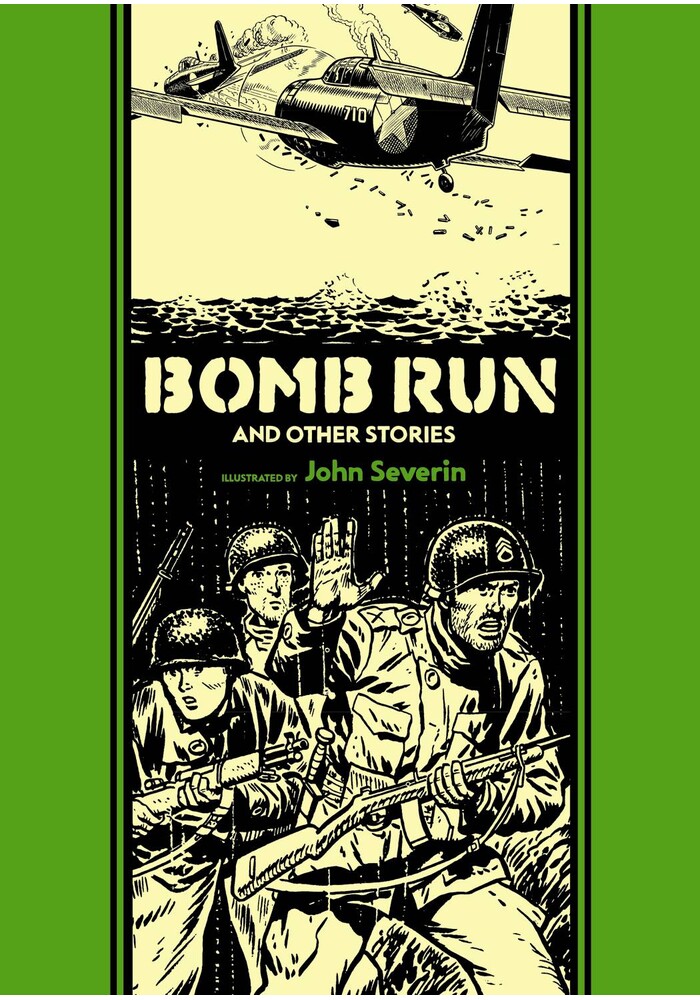 INTO THE HELL OF BATTLE WITH SEVERIN, ELDER, AND KURTZMAN The team of Harvey Kurtzman and John Severin was one of the most fruitful collaborations in the history of comics. The work they did combines the taut emotional and psychological insights of Stephen Crane with a verisimilitude so gritty that it seems as if they are reporting from the scene. Together with inker and friend Will Elder, whose own obsession for detail perfectly heightened the impact of every line, they produced 34 war stories - emotionally draining and dramatically eloquent - in just under three years. This book collects them all. Settings include: the Roman empire; the Revolutionary War; the American-Indian Wars; the Alamo; the Civil War; World War I (in the trenches and in the air); World War II (in the Pacific and in Europe, including the D-Day invasion); and the Korean War.
Be the first to write a review!
Path: Home > COMIC BOOKS > FANTAGRAPHICS COMICS SERIES > EC JOHN SEVERIN BOMB RUN HC