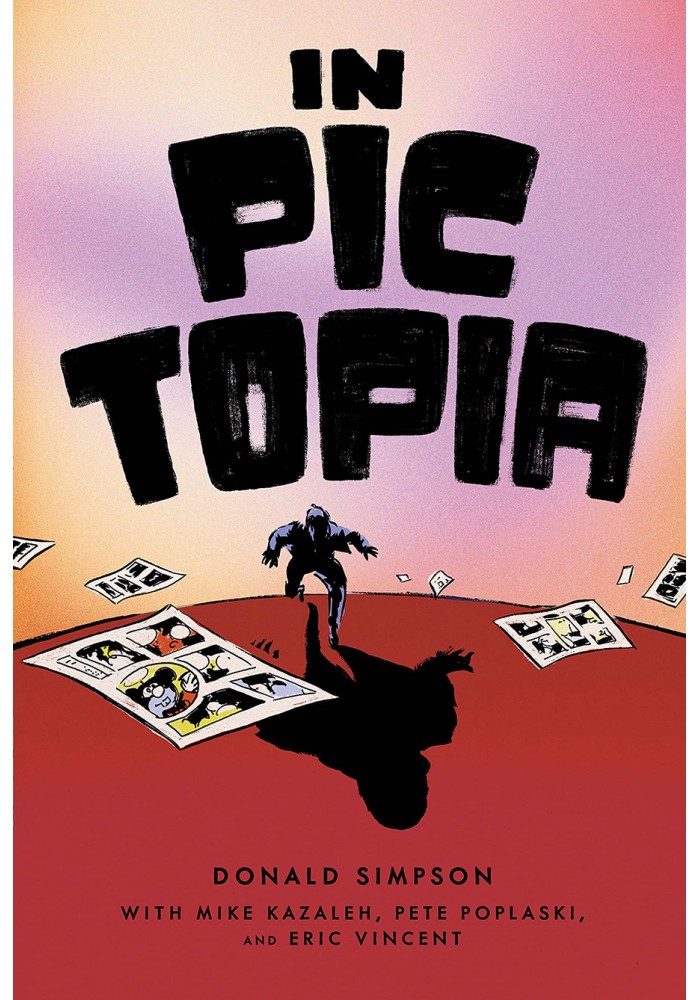 In Pictopia is the legendary comic created in 1986, written by the era's most adventurous mainstream comics writer and drawn by a bevy of indie cartoonists-helmed by Don Simpson, with Mike Kazaleh, Pete Poplaski, and Eric Vincent. Presented here for the first time, scanned from the original line art and full-color painted boards, in an appropriately oversized format. Pictopia is the allegorical city inhabited by old, forgotten, but once famous and iconic comics characters, now considered pitiable has-beens by the popular new comics characters who are cheerfully and inevitably taking their places in the pop culture pantheon of celebrity. It is both a paean to timeless, beloved comics characters and a scathing critique of the then-contemporary comics sub-culture.