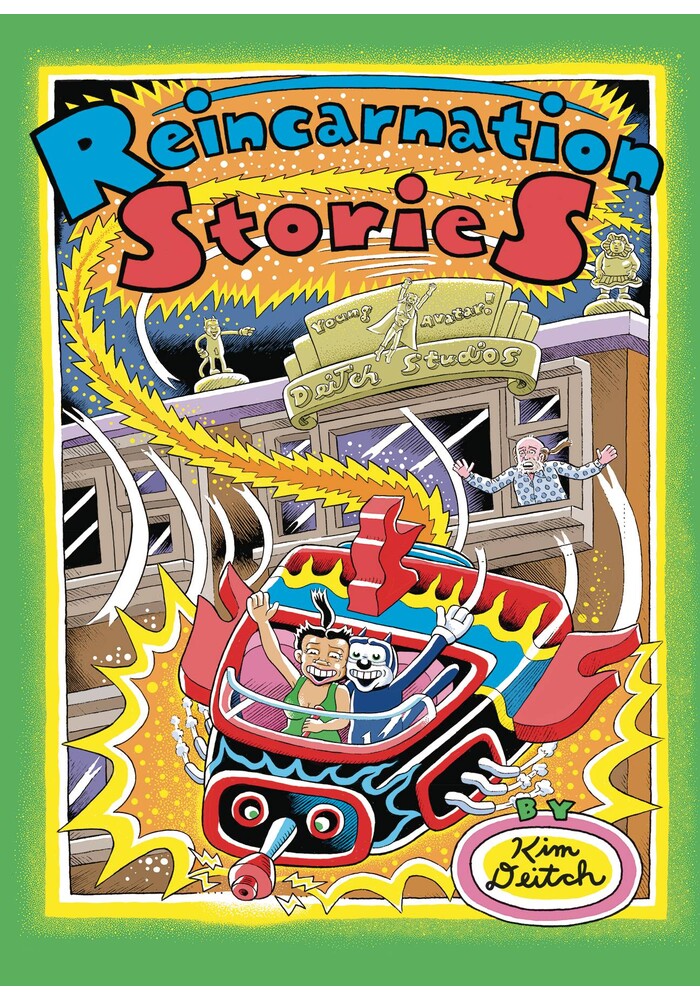 The award-winning cartoonist returns with a graphic novel that spans the past, present, and future of human history, in which Deitch himself, in a parallel reality, meets his spiritual nemesis, Waldo the Cat. Kim Deitch is an underground cartoonist-i.e., a contemporary of Spiegelman, et al.-whose craft just keeps getting better and better. Aesthetically inspired by silent film and 1930s animation, Deitch's comics are infused with 1960s psychedelia and spiritualism. Reincarnation Stories is a collection of comics narratives that combine into a graphic novel. It spans the past, present, and future of human history, with appearances by Frank Sinatra, monkey gods, a forgotten cowboy star of the silver screen, and a tribe of Native Americans that successfully resettled on the moon. In a parallel reality, Deitch himself is the mega-successful creator of a series of kids books about a superhero called Young Avatar, who helps marginalized souls lead better lives and whose alter ego is a carpenter. Deitch's spiritual nemesis (an incarnation of Judas Iscariot), Waldo the Cat, makes an appearance.
Be the first to write a review!
Path: Home > COMIC BOOKS > FANTAGRAPHICS COMICS SERIES > REINCARNATION STORIES HC KIM DEITCH