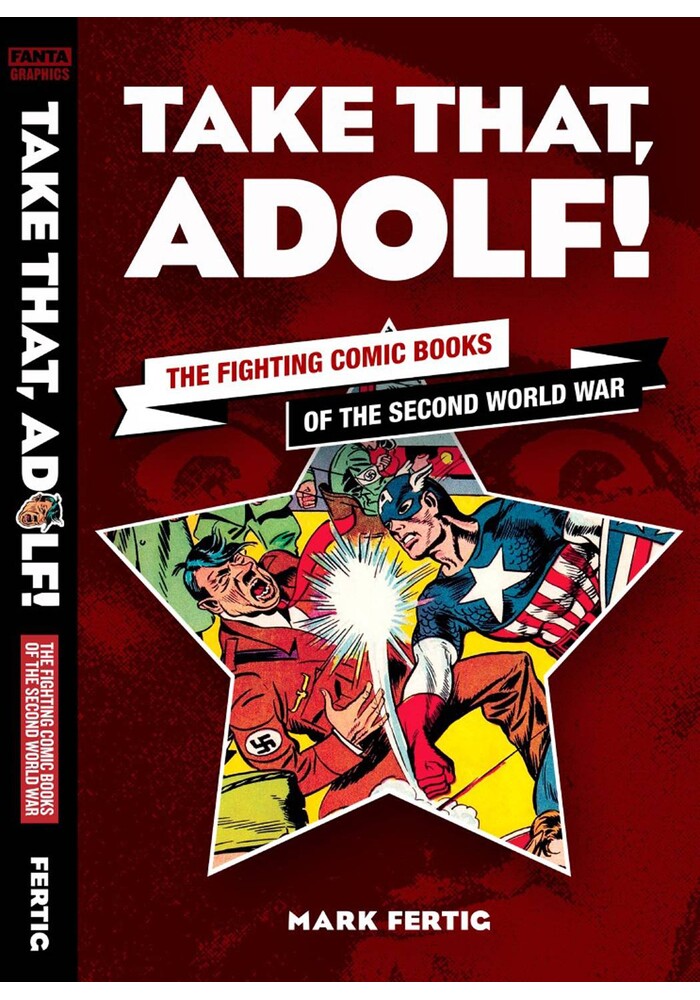 Between 1941 and 1945, Adolf Hitler was featured being pummeled on more comic book covers than any other villain, until he was beaten for real by the Allied forces. Take That, Adolf! is a compilation of more than 500 stunning comics covers published during World War II featuring the Fuehrer. This magnificent volume offers an unprecedented look at when a bunch of talented dreamers created iconic characters who battled it out with real-life evil-doers while the fate of the world hung in the balance. Take That, Adolf! is a fascinating look at how comics entertained millions and buoyed the spirits by using Adolf Hitler as a punching bag. Ouch!
Be the first to write a review!
Path: Home > COMIC BOOKS > FANTAGRAPHICS COMICS SERIES > TAKE THAT ADOLF SC FIGHTING COMIC BOOKS OF WWII