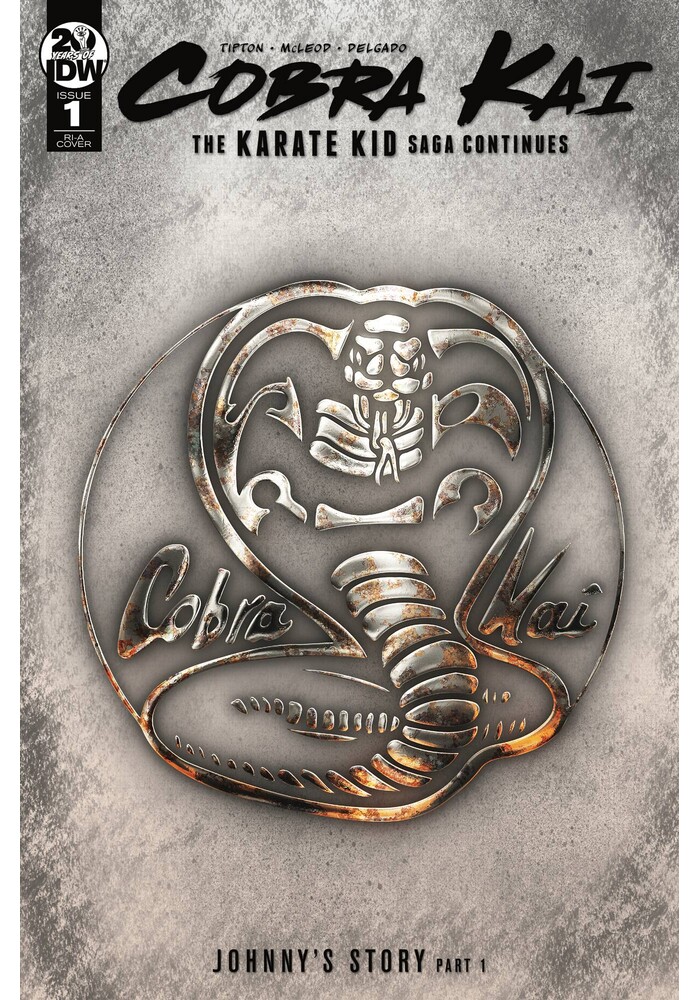 'JOHNNY'S STORY,' Part 1. See The Karate Kid in a whole new light in this retelling through the eyes of Johnny Lawrence, two-time All Valley Tournament Champion. When the new kid makes moves on the girl that broke Johnny's heart, he vows to settle the score and win back her love. Or so goes the story Sensei Lawrence tells his students nearly 35 years later. Written by Denton J. Tipton (X-Files) and illustrated by Kagan McLeod (Infinite Kung Fu). Based on the hit YouTube Original series Cobra Kai! * The classic Karate Kid movie story told for the first time from Johnny Lawrence's POV! * Each issue features exciting variant cover art with photos of the cast and other iconic images! * Story by Denton J. Tipton sure to please Cobra Kai and Karate Kid fans old and new alike! * Illustrated by Kagan McLeod of Infinite Kung Fu fame!
Be the first to write a review!
Path: Home > COMIC BOOKS > IDW PUBLISHING COMIC BOOKS SERIES > COBRA KAI KARATE KID SAGA CONTINUES #1 (OF 4) 10 COPY INCV M