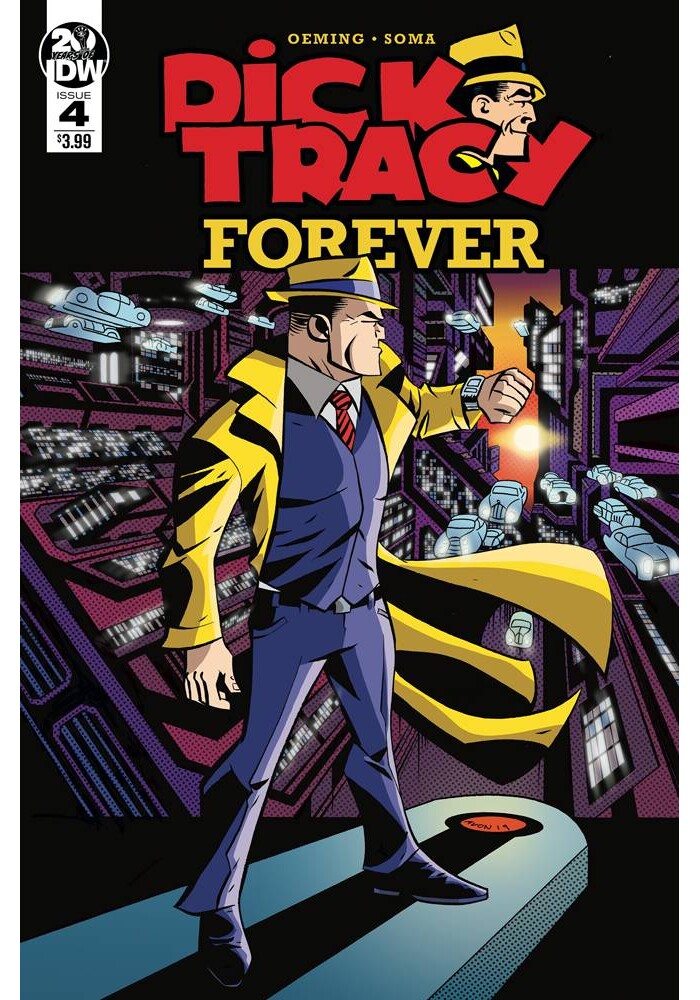 Dick Tracy is Sisyphus, pushing the law boulder up the hill as he struggles for reason and order in a world with none. His attempts at law and order are met with crime and chaos in the form of unpredictable and absurd villains. But Dick Tracy will never give up trying, no matter the era or incarnation-even in the far-flung future! Join Eisner Award-winning creator Michael Avon Oeming on a startling case through time and space! From the mind of Eisner Award winner Michael Avon Oeming, co-creator of Powers! Each issue has an exciting new take on one of the most iconic comic strip heroes of all time!
Be the first to write a review!
Path: Home > COMIC BOOKS > IDW PUBLISHING COMIC BOOKS SERIES > DICK TRACY FOREVER #4 CVR A OEMING