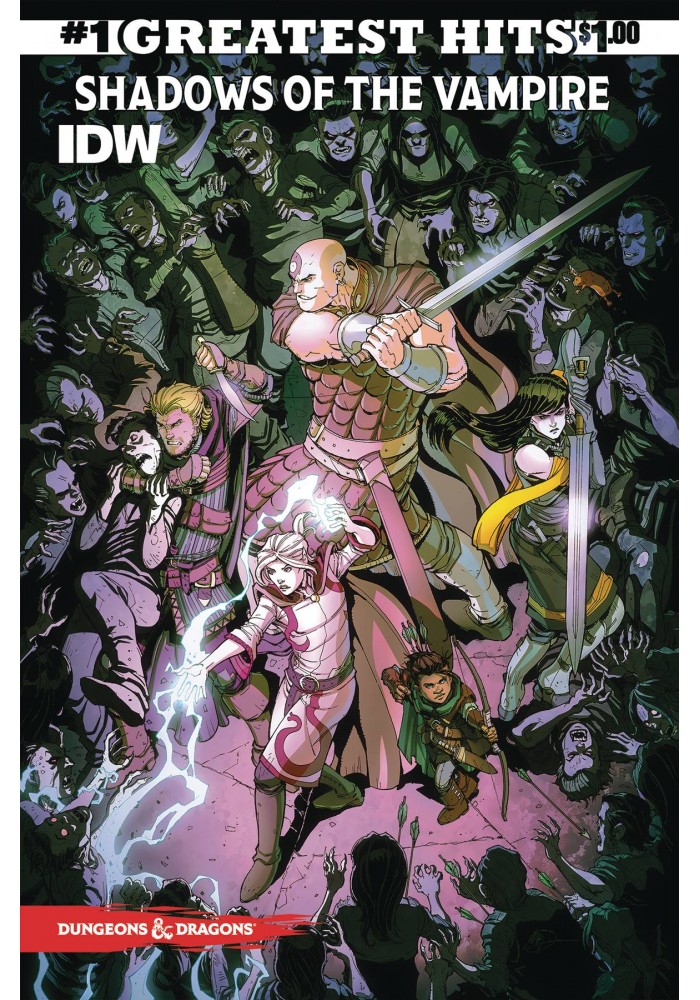 By buying this product you can collect up to 1Z point. Your cart will total 1point that can be converted into a voucher of $0.08.

Fear the shadow of the vampire! Based on the hit role-playing game, this series takes readers into the world of Baldur's Gate with some of the funniest, most fearless heroes (and miniature giant space hamsters) of all time! Catch up with this classic issue for a special introductory price so you can be ready for next month's Dungeons & Dragons: Adventurers series! * Based on the hit game that has been featured on Stranger Things and Geek and Sundry! * Written by beloved Dungeons & Dragons master, Jim Zub (Avengers, Thunderbolts)! * Special price to introduce new readers to the legends of Baldur's Gate!
Be the first to write a review!
Path: Home > COMIC BOOKS > IDW PUBLISHING COMIC BOOKS SERIES > DUNGEONS & DRAGONS SHADOW OF VAMPIRE #1 GREATEST HITS ED