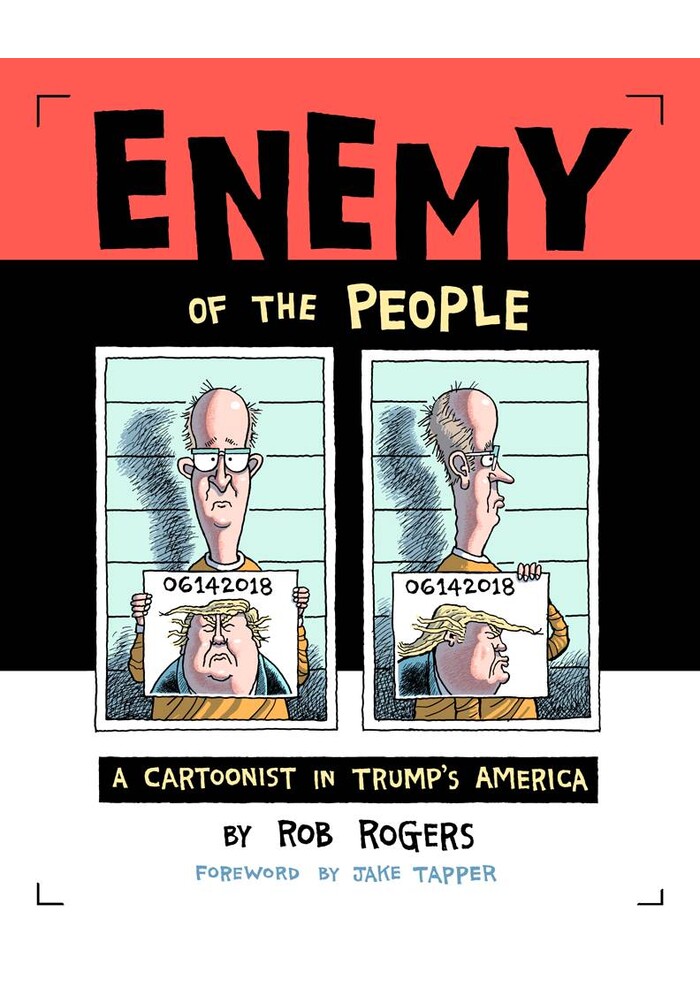 After 25 years as a political cartoonist for the Pittsburgh Post-Gazette, Rob Rogers was fired for drawing cartoons critical of President Trump. In Enemy of the People, Rogers writes, 'Trump's open embrace of the darkest, ugliest corners of human nature has emboldened racists, neo-Nazis, criminals, thugs, despots, misogynists, and liars to come out from under their rocks and display their shameful behavior publicly. That includes publishers and editors who years ago may have been too ashamed to express their hateful views on the editorial page.' From a cartoon killing spree to a social media buzz, all the way to an appearance on CNN to his final days at the paper, Rogers chronicles his unenviable journey with honesty, wit, and humor. 'Rob Rogers exemplifies (the) idea of an 'American genius''-Sanjit Sethi, Director, George Washington University's Corcoran School of the Arts and Design 'Rogers is opinionated, unrestrained and a wisenheimer of the top chop. In short, he's doing his job. He is the indispensable irritant that keeps us scratching and thinking.'-Dennis Roddy, award-winning political consultant and former columnist and reporter for the Pittsburgh Post-Gazette
Be the first to write a review!
Path: Home > COMIC BOOKS > IDW PUBLISHING COMIC BOOKS SERIES > ENEMY OF PEOPLE HC CARTOONISTS JOURNEY