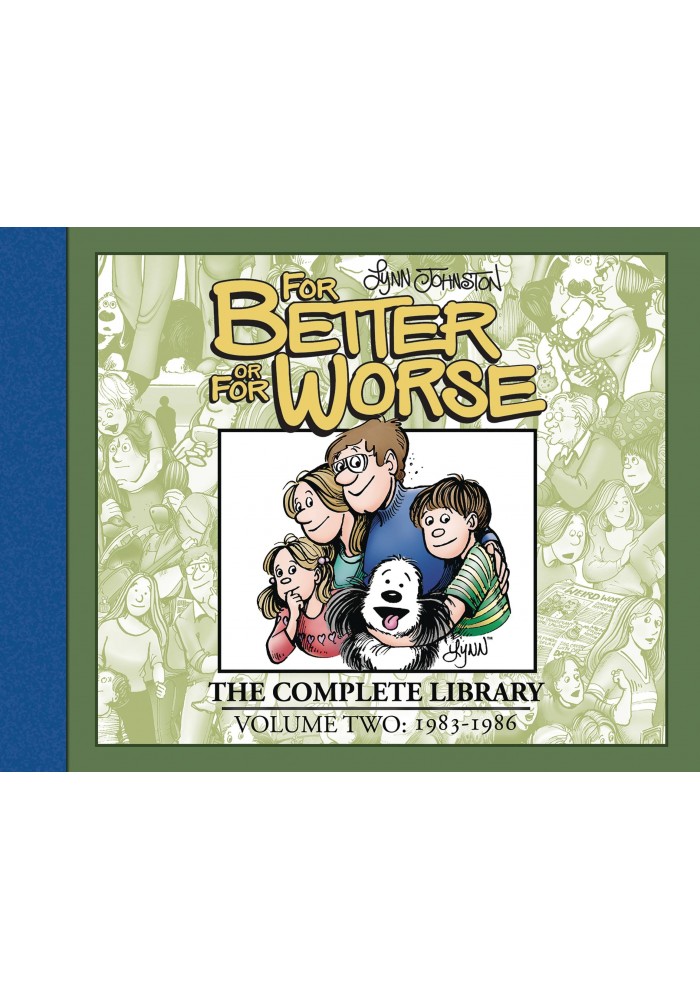 FOR BETTER OR FOR WORSE COMP LIBRARY HC VOL 02

Since their debut in 1979, the world has watched the Pattersons grow up in real time-and to many readers, they feel like family. The cast expands, and roles that will play a big part down the road are just starting to bud. New adventures await Elizabeth as she enters kindergarten and has to spend some time in the hospital. Michael has to deal with a bully at school and takes a flight to Vancouver-all by himself! John has an unfortunate accident and is arrested for breaking and entering! And Elly finds a worthwhile cause in heading up a campaign to save the historic city hall that has been scheduled for demolition. Lynn Johnston's signature style becomes more defined and her storylines more complex as we carry on through the '80s. Volume Two collects the complete daily and Sunday comics from January 1983 through July 14, 1986, with all Sunday comics printed in color. Advance solicited for July release! 'Johnston's art is impeccable. Her simple and graceful line work conveys a great deal of emotion. It's not overly stylized or intricate, making it easy to plug yourself into the roles of the protagonists. Again with the timeless and universal nature of the strip.' -Cinema Sentries 'Fans of the highest virtuosity in cartooning will relish this deluxe introduction to the Patterson's heartfelt and delightful story.'-Library Journal
Be the first to write a review!
Path: Home > COMIC BOOKS > IDW PUBLISHING COMIC BOOKS SERIES > FOR BETTER OR FOR WORSE COMP LIBRARY HC VOL 02