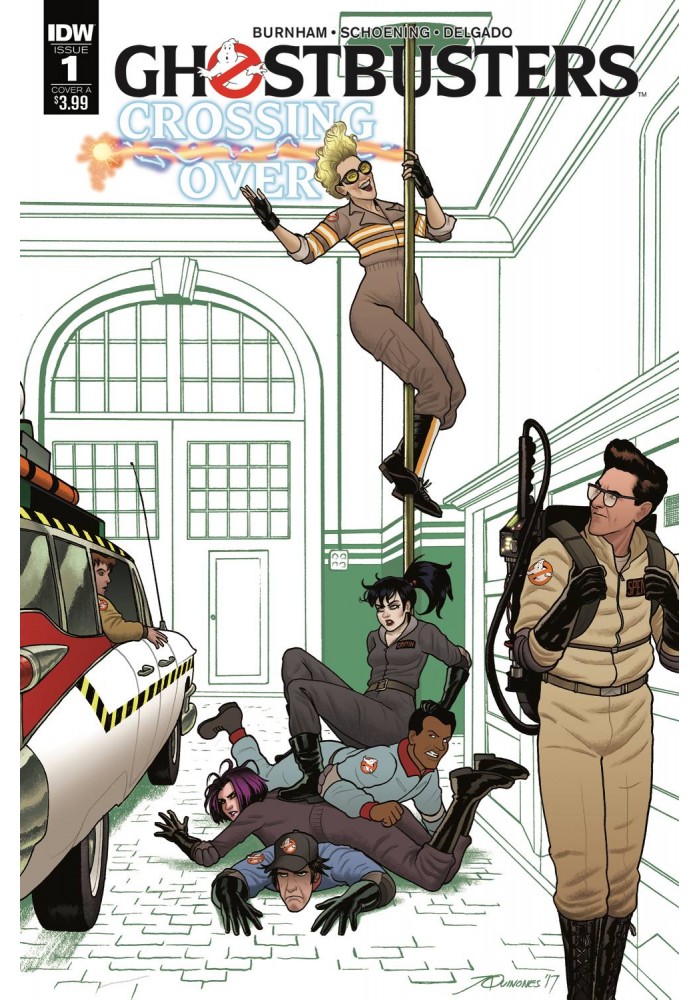 GHOSTBUSTERS CROSSING OVER #1 CVR A QUINONES

For a while now, the original Ghostbusters have had access to an interdimensional portal that has given them all-new ways to research the paranormal and consult with Ghostbusters throughout the multiverseÉ but they haven't shared this tech with any of those other Ghostbusters, and some don't think that's fair. That's why, after a chance meeting, Jillian Holtzmann and Ron Alexander have decided to right this wrong and cobble together their own working portal... which unintentionally unleashes the contents of the Ghostbusters' Containment Unit! That's a lot of ghosts, and it's going to take a lot of Ghostbusters to recapture them. In fact, it's going to take ALL of them. Crossing Over starts here! * Featuring the return of the critically acclaimed and fan-favorite creative team of Erik Burnham, Dan Schoening, and Luis Antonio Delgado! * It's like the Ghostbusters version of Crisis on InfiniteÉ er, you know what I mean! * First issue of an 8-issue maxi-series event!
Be the first to write a review!
Path: Home > COMIC BOOKS > IDW PUBLISHING COMIC BOOKS SERIES > GHOSTBUSTERS CROSSING OVER #1 CVR A QUINONES