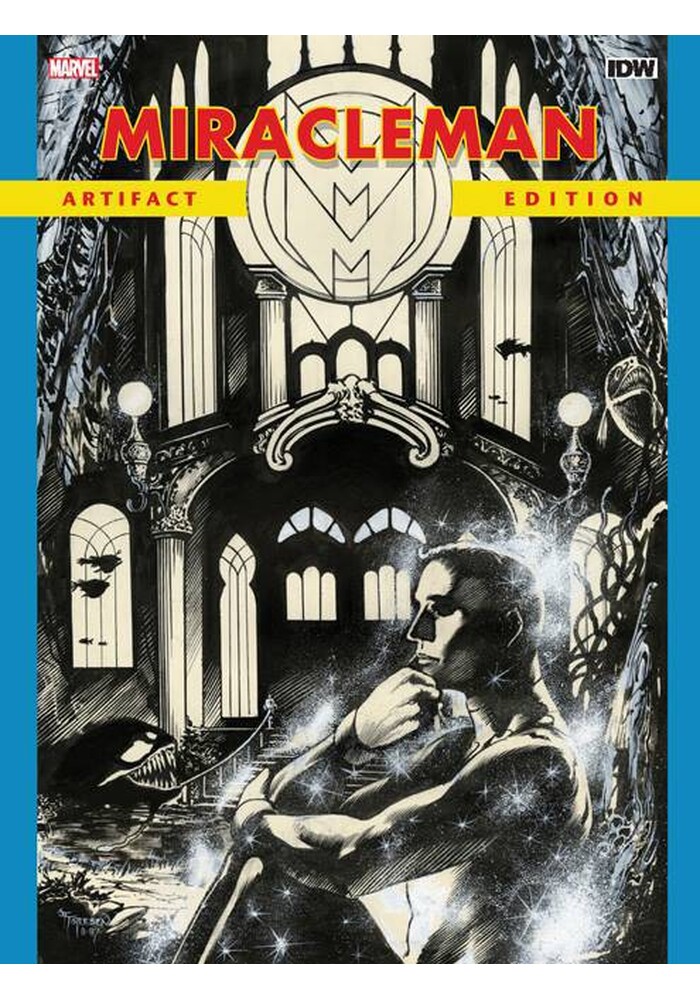 By buying this product you can collect up to 123Z points. Your cart will total 123points that can be converted into a voucher of $9.46.

Miracleman was launched 30 years ago in the now legendary Warrior magazine. It turned the concept of 'super-hero' on its ear with big ideas that helped redefine an entire genre... when Miracleman fought Kid Miracleman on the streets of London... well, things would never be the same. And then there was the art. Miracleman had a true knack for bringing out the best work from extraordinary artists. Starting with co-creator Garry Leach, followed by Alan Davis (and others) and finishing with one of the most amazing endings in comics history by the phenomenal John Totleben, Miracleman was a work of art painted on a grand canvas, unlike anything before or since.
Be the first to write a review!
Path: Home > COMIC BOOKS > IDW PUBLISHING COMIC BOOKS SERIES > MIRACLEMAN ARTIFACT ED HC