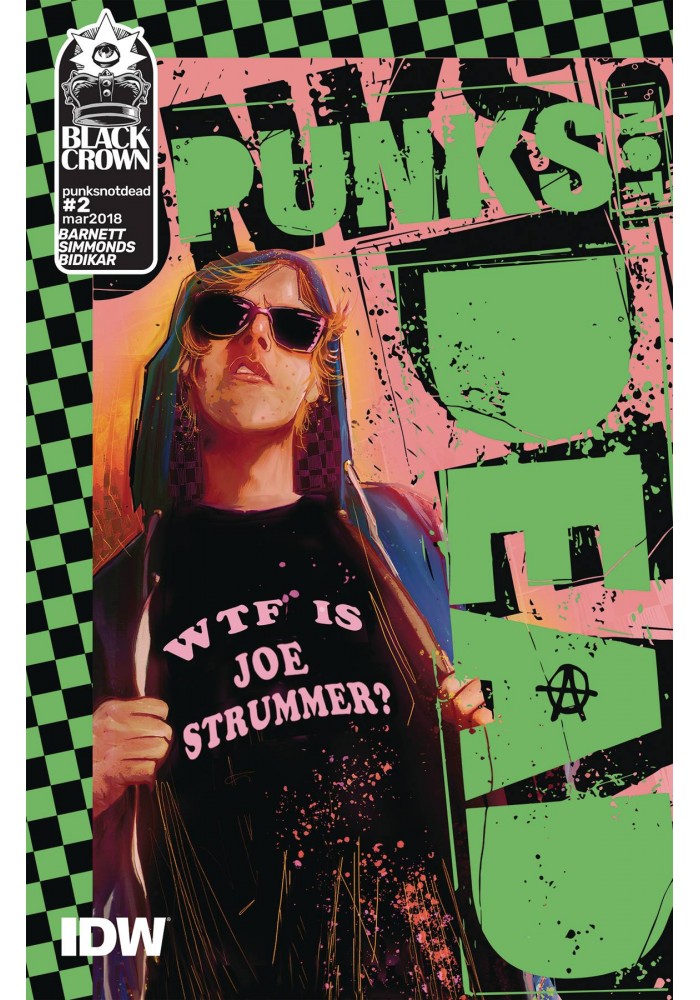 PUNKS NOT DEAD #2 CVR A SIMMONDS

The ghost of dead punk rocker Sid is unlocking some pretty strange abilities in teenage geek Fergie, giving him a taste of power that he never imagined. But will he use it to clean his room, alter the solar systemÉ or pick up girls? Meanwhile MI5's irascible baller Dorothy Culpepper, and her nervous, new recruit, are drawn to the Extra-Usual Affairs involving a scandalous haunting in Whitechapel in 'Teenage Kicks,' Part 2! * PUNKS NOT DEAD is co-created/written by David Barnett (Hinterland, Angelglass) and illustrated by Martin Simmonds (Death Sentence, LIMBO). * A new continuing series from IDW's Black Crown imprint! * Letter column, interviews, behind-the-panel process pages and more!
Be the first to write a review!
Path: Home > COMIC BOOKS > IDW PUBLISHING COMIC BOOKS SERIES > PUNKS NOT DEAD #2 CVR A SIMMONDS