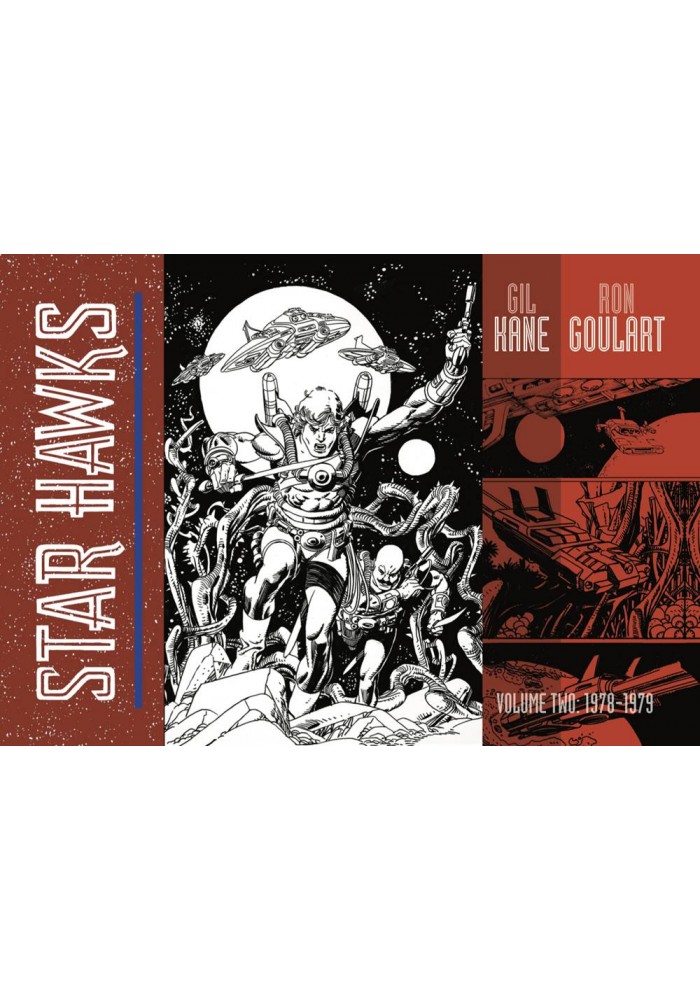 The classic 1970s science fiction newspaper strip predates Star Wars-and nearly 40 years after its debut, remains fresh and exciting for new generations of sci-fi and fantasy fans. Reprints more than 300 strips in a unique two-tier format, seven days a week. The Library of American Comics edition reproduces each strip on its own page so readers can relish Gil Kane's incredible achievement. Included are all strips from August 11, 1978-June 10, 1979. Star Hawks takes place in the 'Barnum System' that Ron Goulart used in several of his novels.
Be the first to write a review!
Path: Home > COMIC BOOKS > IDW PUBLISHING COMIC BOOKS SERIES > STAR HAWKS HC VOL 02 1978-1979