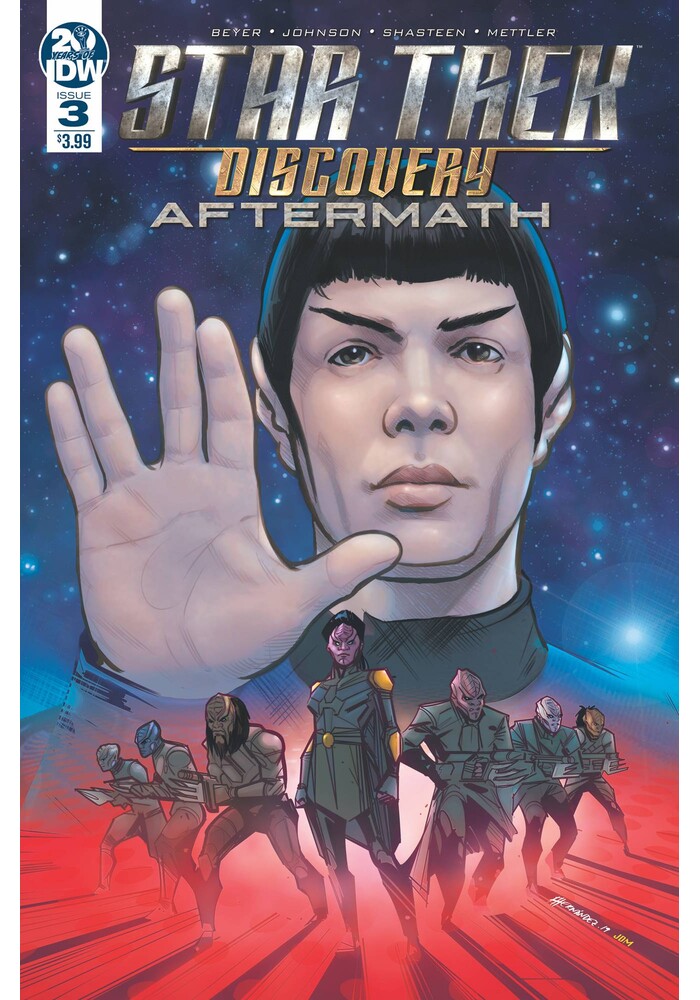 You saw the stunning conclusion of the second season of Star Trek: Discovery-now prepare yourselves for the ending of the Aftermath! With the fragile peace between the Klingons and the Federation hanging by a thread, Spock, Captain Pike, and Chancellor L'Rell make a last stand against the forces threatening to ignite a new galactic war! * The thrilling conclusion of the miniseries that ties directly into season two of the hit CBS All Access show! * Drawn by fan-favorite artist Tony Shasteen!
Be the first to write a review!
Path: Home > COMIC BOOKS > IDW PUBLISHING COMIC BOOKS SERIES > STAR TREK DISCOVERY AFTERMATH #3 (OF 3) CVR A HERNANDEZ