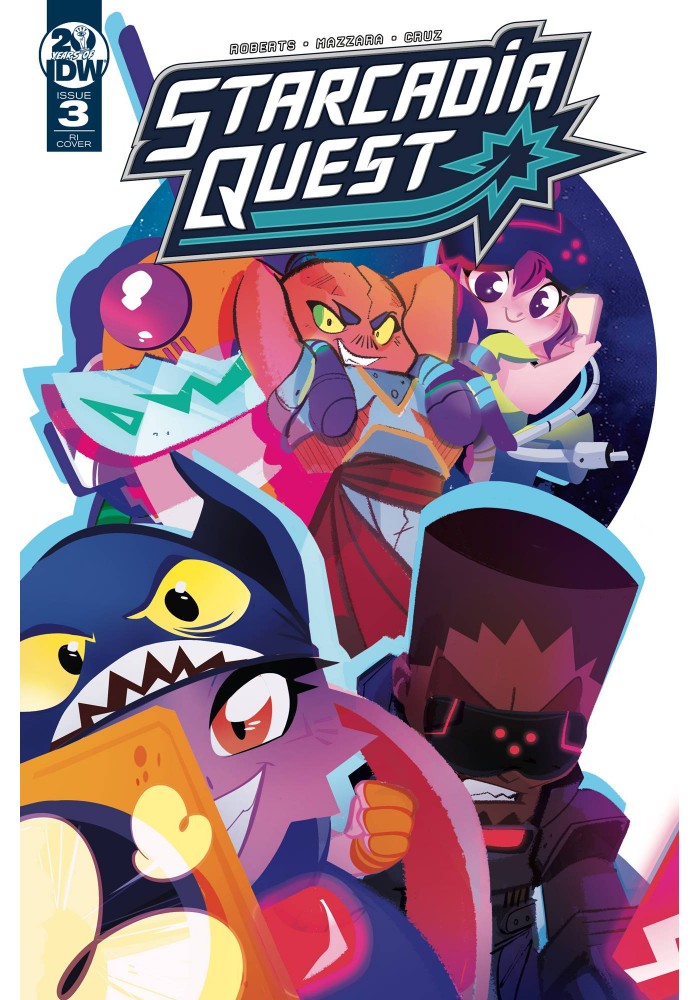 Everything's going right for Starkid and the Solaris crew's first QWST! They're on the wrong planet, doing a totally unrelated mission, surrounded by robots, and a massive armada led by the Starcadia Alliance's worst enemy just showed up-which actually kinda works out great! Well... if they live through all those bad parts! The hilarious and action-packed QWST concludes! * A new YA science-fiction epic written by James Roberts (Transformers: More Than Meets the Eye, Transformers: Lost Light)! * Based on the hit board game from CMON Games! * Robots and space armadas and teddy bears, oh my!
Be the first to write a review!
Path: Home > COMIC BOOKS > IDW PUBLISHING COMIC BOOKS SERIES > STARCADIA QUEST #3 (OF 3) 10 COPY INCV BALDARI