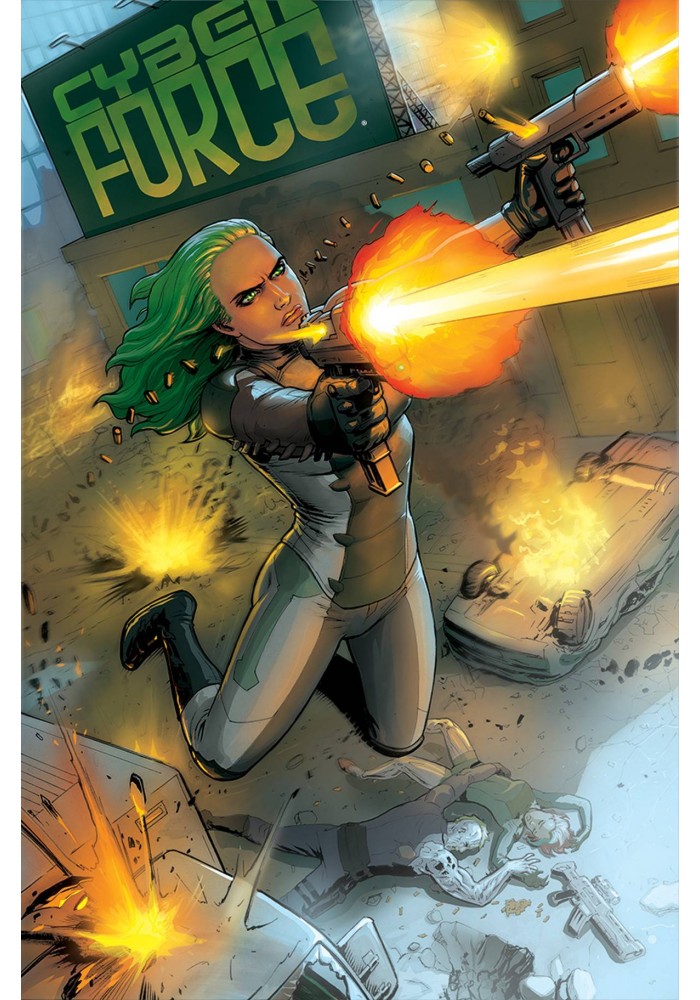 Morgan Stryker doesn't want his daughter fighting alongside him. He doesn't trust the android named Aphrodite that has the power to kill him... but he'll need them both if he's to stand in the face of Killjoy and a soldier from the future... who wants to keep our future from ever taking place.
Be the first to write a review!
Path: Home > COMIC BOOKS > IMAGE COMICS SERIES > CYBER FORCE #4