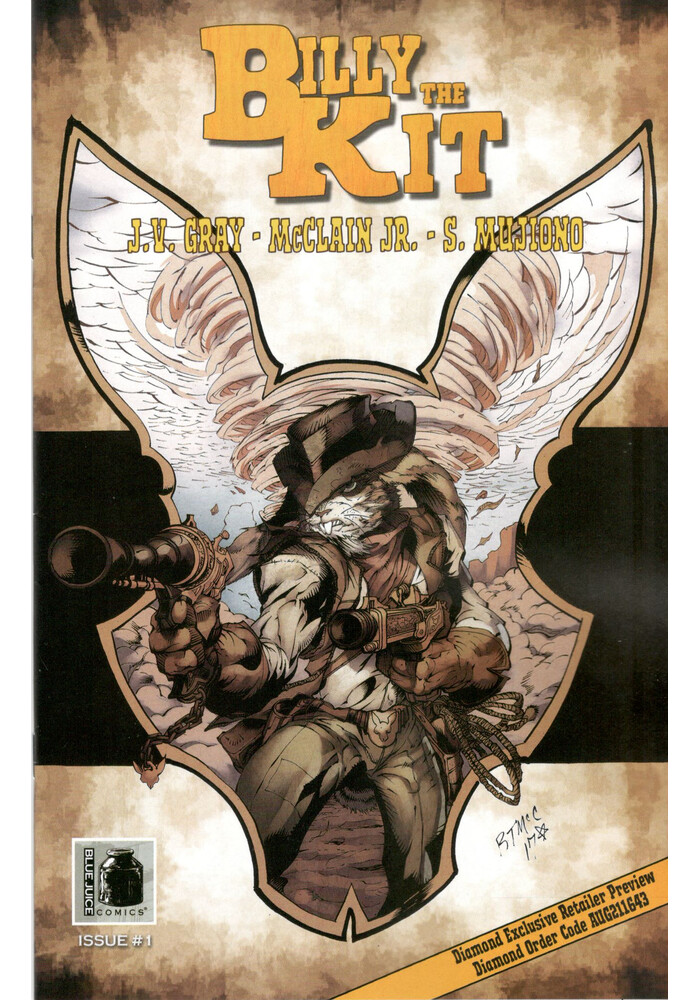 The Wild West has never been wilder! Introducing Billy the Kit, featuring a gunslinging rabbit seeking revenge against the Tornado God that killed his family. Why was this sickly, skinny rabbit spared such a gruesome fate? What makes him so special? With the help of Luther the Goat, a profanity-spewing martial arts master, Billy relies on faith, magical firearms, and Kung Fu to wage war against the pagan gods and monsters of a bygone era.

Be the first to write a review!
Path: Home > COMIC BOOKS > INDEPENDENTS > BILLY THE KIT #1