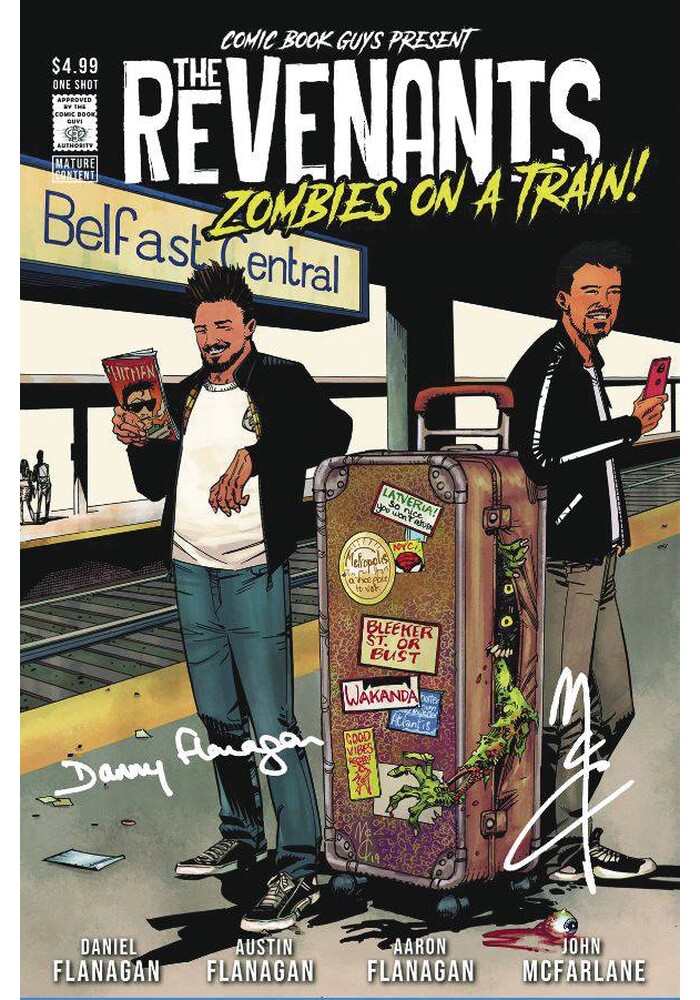 : A darkly funny re-visitation of the comedy/horror genre. From up and coming writer Daniel Flanagan comes this bloody funny and highly infectious look at brotherly love amidst an outbreak of zombie proportions. Two Comic Book store owners who are also brothers get caught up in a zombie uprising aboard an express train en route from Belfast to Dublin. The boys are faced with the moral dilemma of stopping the train to save themselves and letting the contagion infect the world, or being heroes by keeping the train rolling and suffering the ultimate consequences. This battleground will be fought the only way they know how...comic book style. It's going to be one hell of a ride! Signed by Daniel Flanagan, John McFarlane and John McCrea!
Be the first to write a review!
Path: Home > COMIC BOOKS > INDEPENDENTS > REVENANTS ZOMBIES ON A TRAIN SGN MCCREA CVR