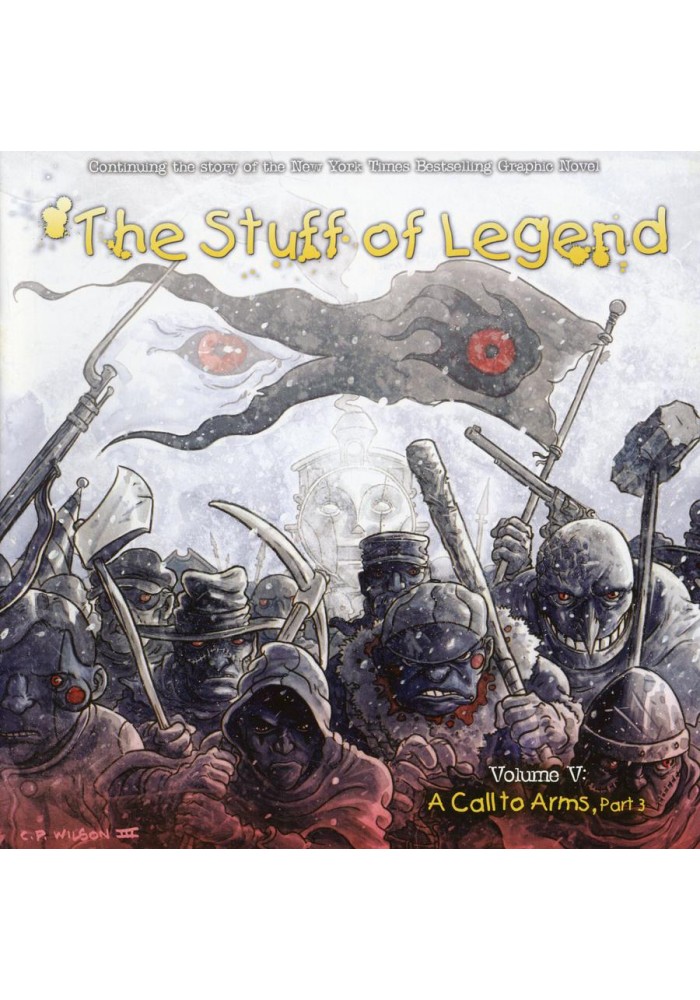 STUFF OF LEGEND CALL TO ARMS #3

Continuing the saga of the New York Times Bestselling Graphic Novel, written by Mike Raicht & Brian Smith and illustrated by Charles Paul Wilson III! The Boogeyman has resurrected his massive army and is preparing for a final battle for the boy's soul. The question is, who of the boy's toys could possibly be strong enough to stand up to him? Scattered across the dark, healing from past battles, uncertain of where to turn, the boy's loyal toys look to have little hope. Could these lost toys be defeated before the inevitable war has even truly begun? Loyalties are questioned, soldiers are lost, and dark secrets revealed
Be the first to write a review!
Path: Home > COMIC BOOKS > INDEPENDENTS > STUFF OF LEGEND CALL TO ARMS #3