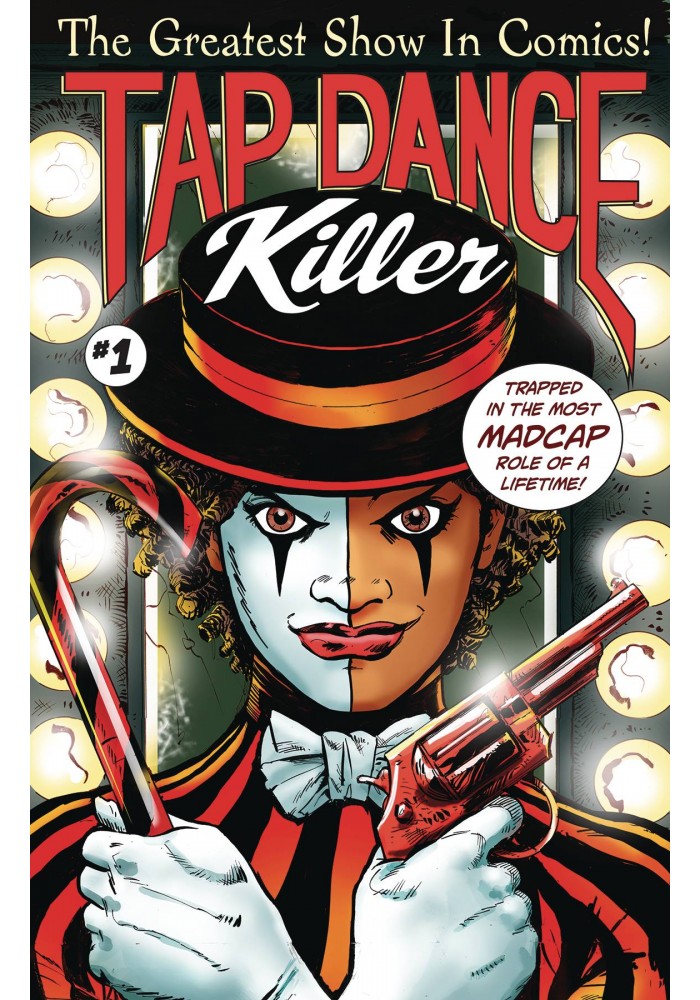 Actress Nikki St Clair was the sweetest gal in the city until she was cast in a horror show musical as the Tap Dance Killer. Now, unable to shake the role, this 1920s-esque bizarre mobster assassin is out on the streets dealing damage with a theatrical flair that leaves 'em, quite literally, slain in the isles! This first issue also features the first appearance of a knockout new villain!
Be the first to write a review!
Path: Home > COMIC BOOKS > INDEPENDENTS > TAP DANCE KILLER #1 1ST PRINTING