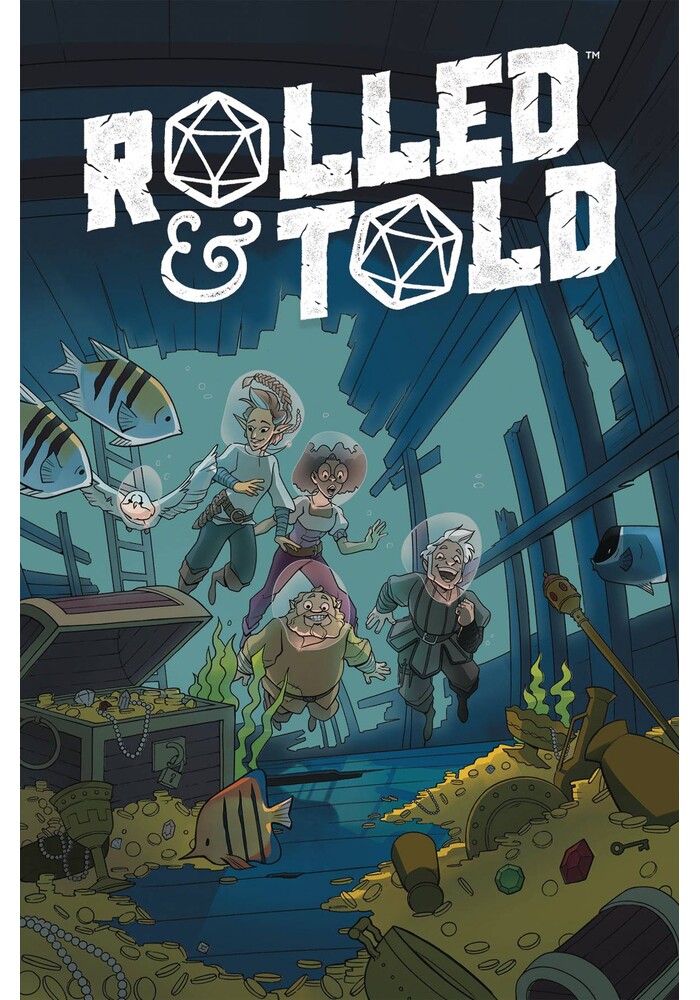 This month we head to the high seas! Our heroes are hired by a surly old captain to aid in finding a sunken ship's bounty, but they'll have to survive a terrible storm, an attack by a giant sea monster, and a confrontation with a cruel hag and her undead minions. Plus, learn to make immersive flavor texts to read to your players, use some of our underwater-themed magic items, and read about the similarities between role playing and s?ances!
Be the first to write a review!
Path: Home > COMIC BOOKS > LION FORGE COMICS SERIES > ROLLED AND TOLD #11