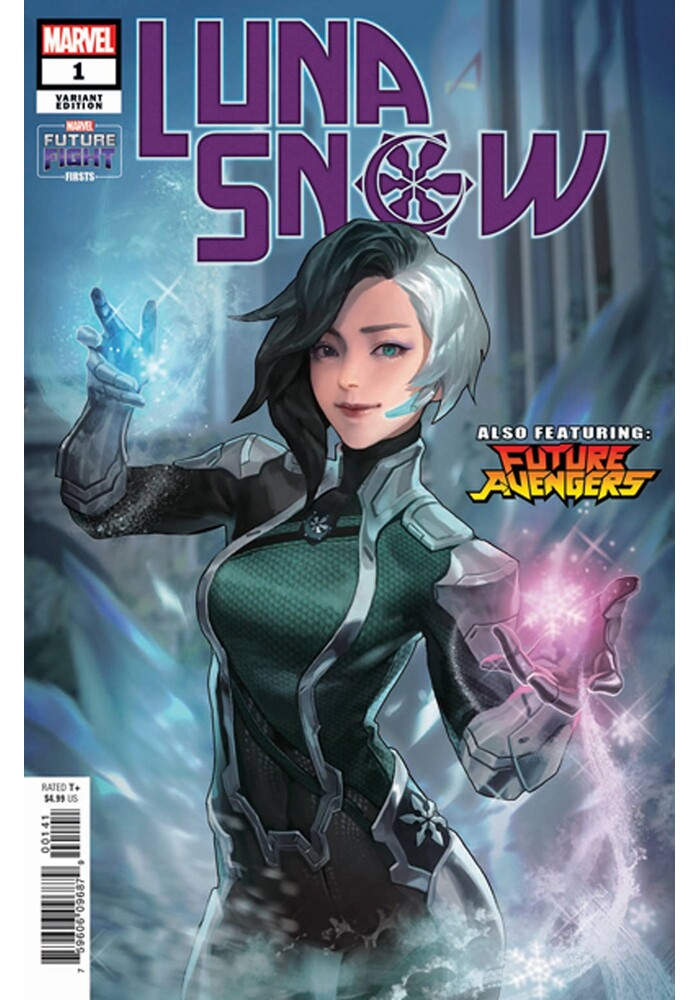 THE K-POP CRIME-FIGHTER FROM THE MARVEL FUTURE FIGHT MOBILE GAME STARS IN HER OWN ONE-SHOT! As a South Korean pop sensation, Seol Hee melt her fans' hearts…and now as Luna Snow she has the power to freeze her enemies! How does Luna juggle being an international pop star with battling evil as a Super Hero? How did she gain her powers and what does Stark Industries have to do with it? Also featuring MARVEL'S FUTURE AVENGERS in an all-new story!