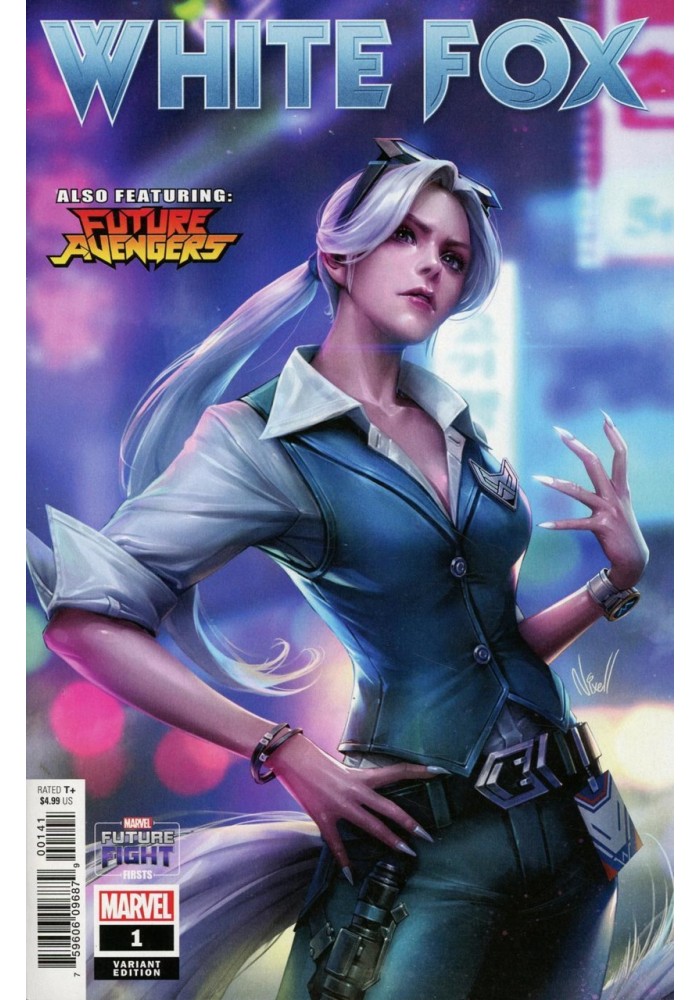 By buying this product you can collect up to 81Z points. Your cart will total 81points that can be converted into a voucher of $6.23.

THE SUPER SPY FROM THE MARVEL FUTURE FIGHT MOBILE GAME STARS IN HER OWN ONE-SHOT! Ami Han is WHITE FOX: a spy, a superhero, and the last of the kumiho, a mystical race of shapeshifters. But who was she before she became White Fox? And what happened to the rest of the kumiho? Also featuring MARVEL'S FUTURE AVENGERS in an all-new story!