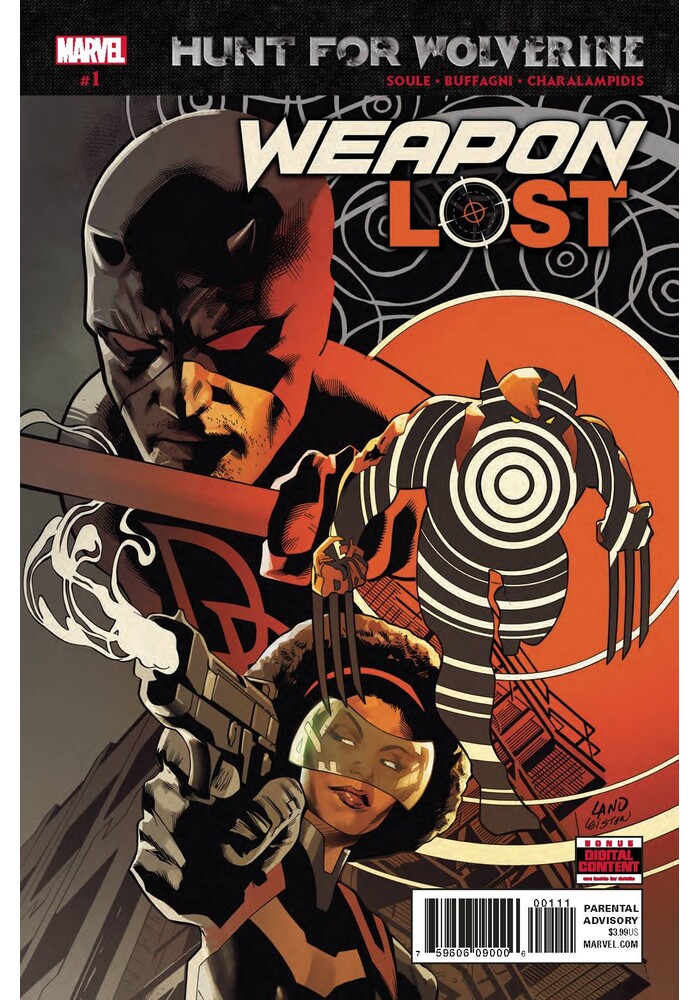 HUNT FOR WOLVERINE WEAPON LOST #1 (OF 4)

WOLVERINE MAY BE THE BEST THERE IS AT WHAT HE DOES... BUT SO ARE THEY! As one of the biggest mysteries in the MARVEL UNIVERSE unfolds, DAREDEVIL assembles a squad of uncanny detectives to track down WOLVERINE - MISTY KNIGHT, FRANK MCGEE and the mutant known as CYPHER. Investigating recent sightings across the globe of a man believed to be LOGAN, the squad uncovers a deep conspiracy with huge ramifications for the RETURN OF WOLVERINE. Parental Advisory

Be the first to write a review!
Path: Home > COMIC BOOKS > MARVEL COMICS SERIES > HUNT FOR WOLVERINE WEAPON LOST #1 (OF 4)