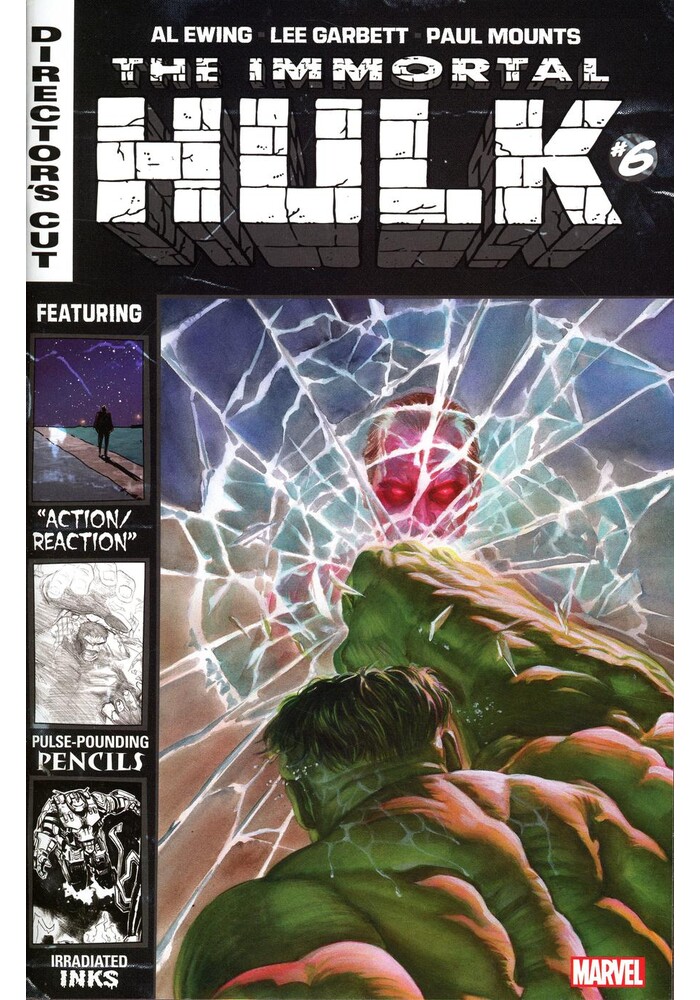 The horror has a name - and now it is unleashed in full graphic detail! Bruce Banner is alive - and everyone knows it. Now he's hunted by the government, Alpha Flight, the mysterious Shadow Base…and the Avengers. And someone's going to find him first. But Bruce has bigger problems. Something terrible has infected him. Something with unspeakable plans for humanity. And the only one who knows about it…is the Immortal Hulk. The critically acclaimed reinvention of one of Marvel's biggest icons is re-presented in Director's Cut form, complete with Lee Garbett's bombastic pencils and more incredible behind-the-scenes bonus features! Reprinting IMMORTAL HULK #6.