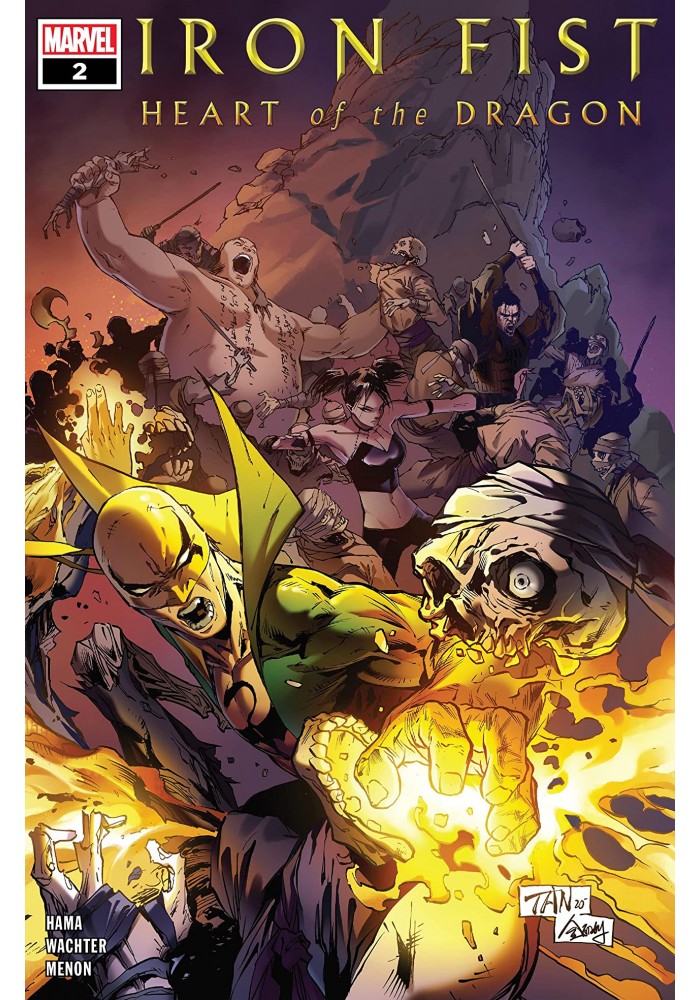 THE HEAVENLY CITIES ARE COMING TO EARTH,AND THEY'RE BRINGING HELL WITH THEM! Danny voyages into the Heart of Heaven,only to find his destination lies elsewhere…the hellish,hidden Eighth City! What is the dark force behind the ancient gate that stands locked in the heart of the Eighth City? The only way to stop the ravaging hordes is to bring the Heavenly Cities to Earth,but will even that be enough?

Be the first to write a review!
Path: Home > COMIC BOOKS > MARVEL COMICS SERIES > IRON FIST HEART OF DRAGON #2 (OF 6) CVR A TAN