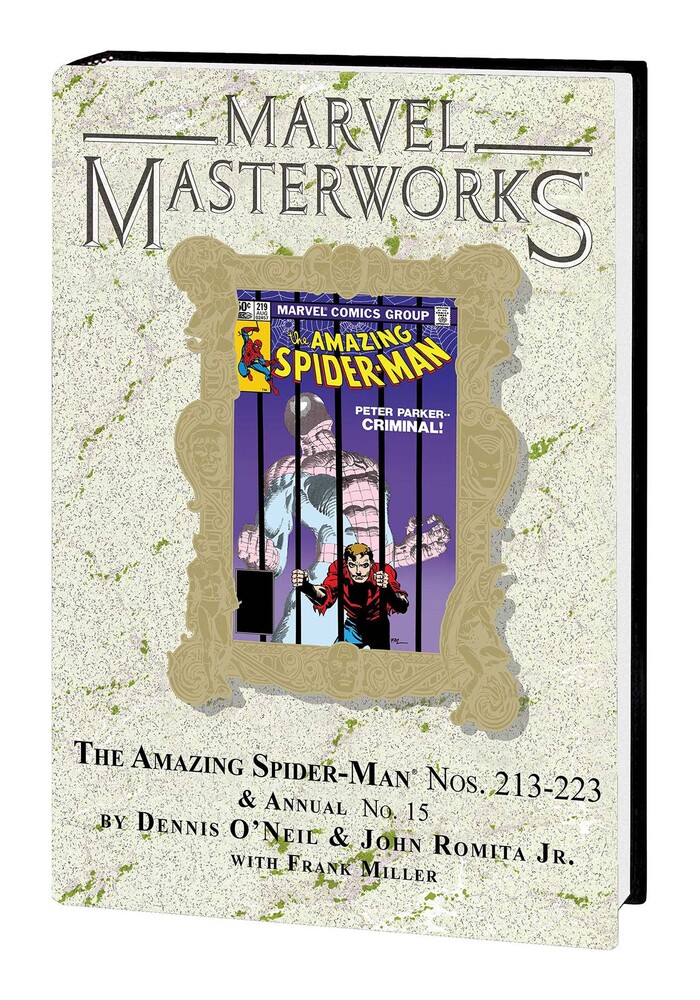 New York City has always been a defining element in Spider-Man's world, but it's going to drive him crazy - if it doesn't kill him first. From an NYC Marathon assassination plot to Peter Parker's paper-thin apartment walls, and from a merged Hydro-Man/Sandman menace to running into his ex-girlfriend's new beau, Biff Rifkin, the City That Never Sleeps just won't give Spidey a break! And the hits keep coming when Peter Parker is accused of causing a prison break - and thrown in the slammer himself! Also featuring Moon Knight, a team-up with Sub-Mariner against the Frightful Four and the Aunt May solo 'adventure' you demanded! And it's all topped off with an iconic Dennis O'Neil/Frank Miller Annual pitting Spider-Man and the Punisher against Doc Ock! Collecting AMAZING SPIDER-MAN (1963) #213-223 and ANNUAL #15.
Be the first to write a review!
Path: Home > COMIC BOOKS > MARVEL COMICS SERIES > MMW AMAZING SPIDER-MAN HC VOL 21 DM VARIANT 283