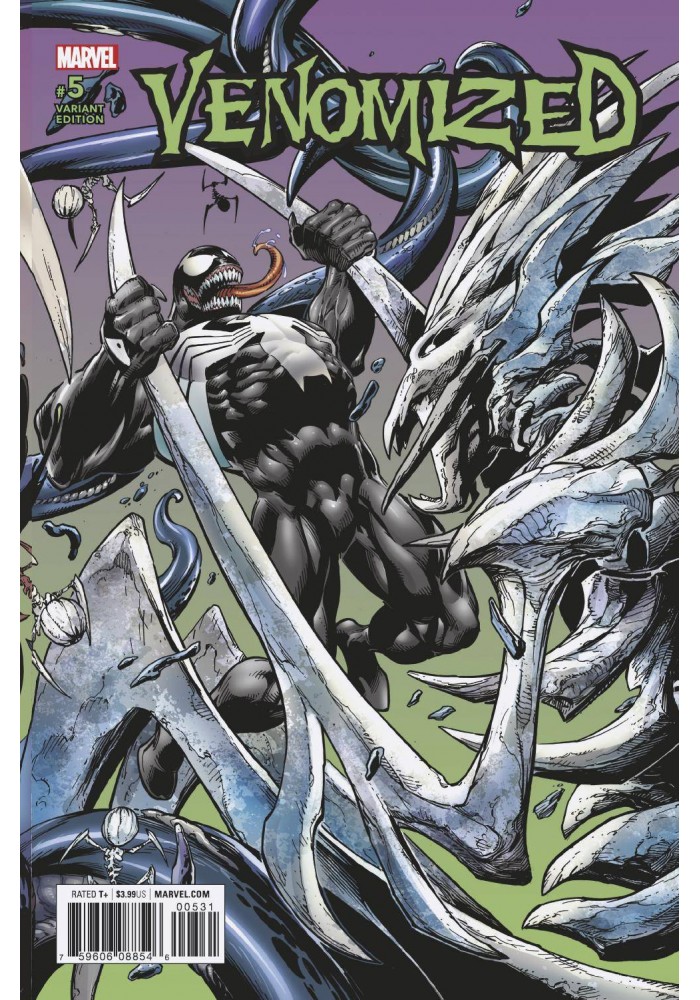 VENOMIZED CONCLUSION! ¥ It's winner take all when VENOM joins Earth's heroes in an all-out final assault on the Poison base. ¥ Will a new ally of the X-Men be enough to turn the tide against the might of Poison Thanos? ¥ Earth's warriors battle for not only the fate of the planet - but of the entire universe as they know it! ¥ Don't miss the conclusion to VENOMIZED!