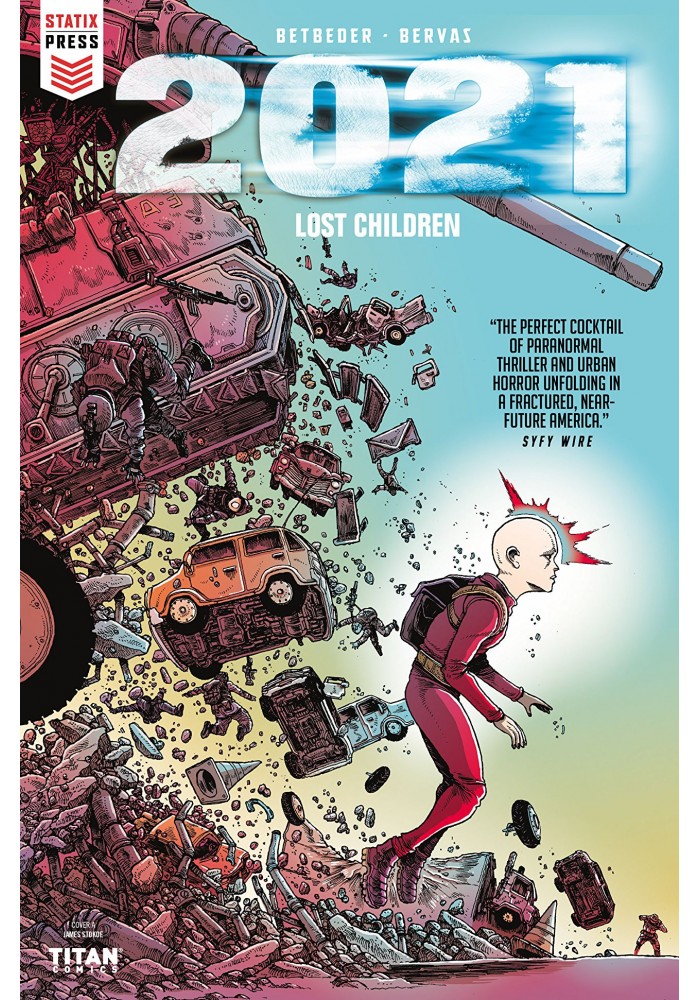 For fans of Akira, Domu: A Child's Dream, Ghost in the Shell & Children of Men Escape from New York meets the X-Men! It's 2021. Detroit has seceded from the United States and its citizens are under the control of a madman with extraordinary abilities. The only hope of retaking the city lies with four super-powered children. But their powers come with a price - using them means aging prematurely. Can they save the city before their powers use up their lives?
Be the first to write a review!
Path: Home > COMIC BOOKS > TITAN COMICS SERIES > 2021 LOST CHILDREN #1 (OF 2)