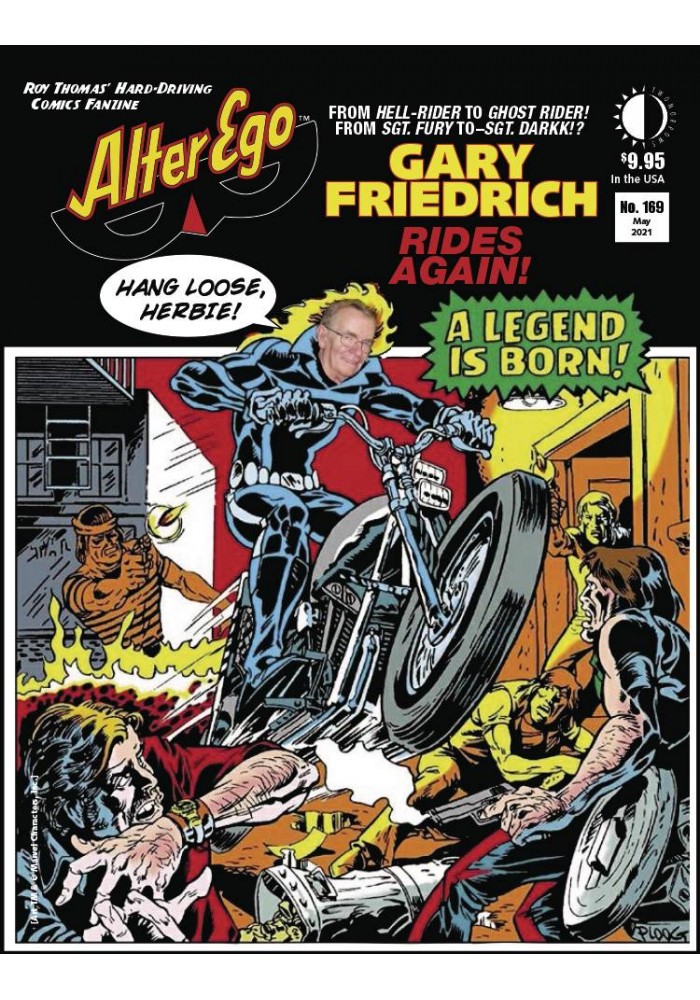 Alter Ego shines its spotlight on Groovy Gary Friedrich-co-creator of Marvel's Ghost Rider! It features an in-depth interview with Roy Thomas on his and Gary's six-decade friendship in and out of comics; Gary's wife Jean Friedrich and nephew Robert Higgersom on his later years; and Peter (From the Tomb) Normanton on GF's horror/mystery comics! With art by Ploog, Trimpe, Romita, The Severins, Ayers, et al.! Plus FCA (Fawcett Collectors of America), Michael T. Gilbert in Mr. Monster's Comic Crypt, and more! With a Ghost Rider cover by Mike Ploog!
Be the first to write a review!
Path: Home > COMIC BOOKS > TWOMORROWS PUBLISHING MAGAZINES SERIES > ALTER EGO #169