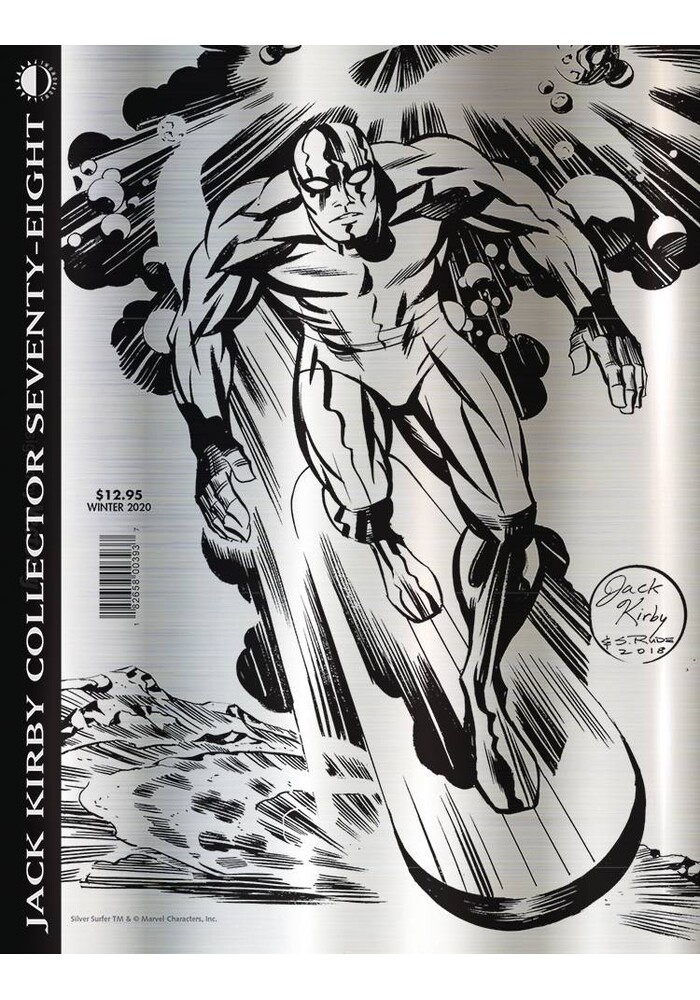 Published 25 years after the launch of The Jack Kirby Collector #1, this special Silver Anniversary issue shows how Kirby kickstarted the Silver Age of Comics with Challengers of the Unknown, examines how Jack revamped Golden Age legacy characters for the 1960s and beyond, outlines the lasting influence of his signature creation The Silver Surfer, and more! It includes special shout-outs to the fan and pro contributors who've helped publisher/editor John Morrow celebrate the life and career of the King of Comics for a quarter century. And echoing John's fateful choice to start this magazine in 1994, we'll spotlight pivotal decisions (good and bad) Jack made throughout his comics career. Plus: A Kirby pencil art gallery, regular columnists, a classic 1950s story, and more! The Standard Edition sports an unused Kirby Thor cover with Steve Rude's interpretation of how it looked before alterations, while the Deluxe edition adds a silver cardstock outer sleeve featuring the Surfer with Rude inks.
Be the first to write a review!
Path: Home > COMIC BOOKS > TWOMORROWS PUBLISHING MAGAZINES SERIES > JACK KIRBY COLLECTOR DLX ED #78