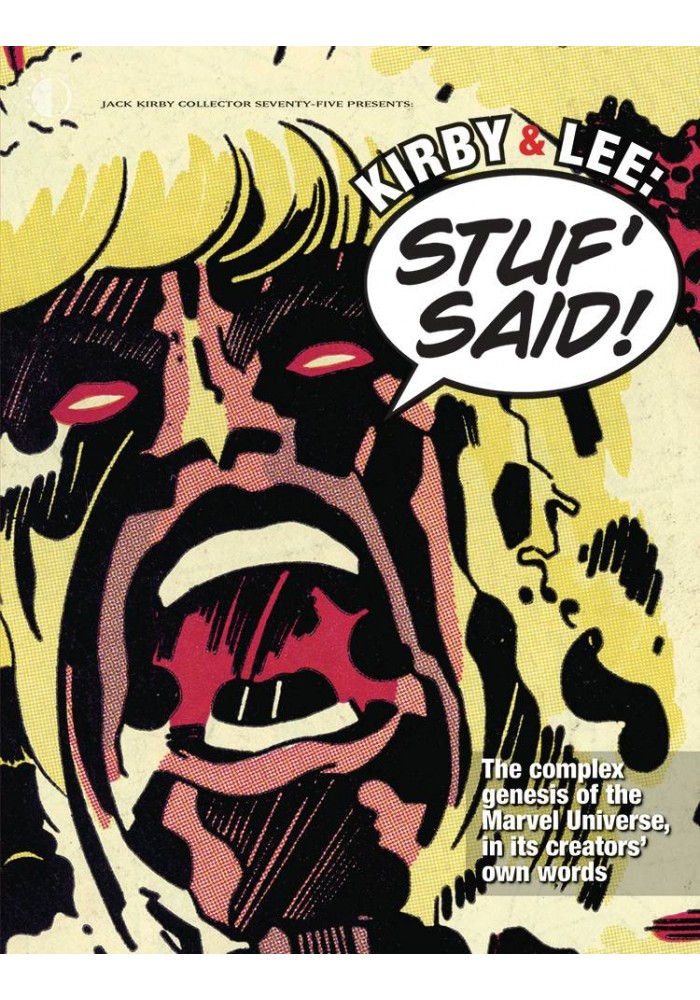 New updated edition! For its 75th issue, The Jack Kirby Collector magazine presents this first-of-its-kind examination of the creators of the Marvel Universe, in an oversized book! Completed just days before Stan Lee's recent passing, Kirby & Lee: Stuf' Said! looks back at the duo's own words - in chronological order, from fanzine, magazine, radio, and television interviews - to paint the most comprehensive and enlightening picture of their relationship ever done... why it succeeded, where it deteriorated, and when it eventually failed. Also, here are recollections from Steve Ditko, Wallace Wood, John Romita, Sr., and more Marvel Bullpen stalwarts who worked with both Kirby and Lee. Rounding out this book is a study of the duo's careers after they parted ways as collaborators, including Kirby's difficulties at Marvel Comics in the 1970s, his last hurrah with Lee on the Silver Surfer Graphic Novel, and his exhausting battle to get back his original art - and creator credit - from Marvel. Stuf''Said! gives both men their say, compares their recollections, and tackles the question, 'Who really created the Marvel Comics Universe?' Compiled, researched, and edited by publisher John Morrow.
Be the first to write a review!
Path: Home > COMIC BOOKS > TWOMORROWS PUBLISHING MAGAZINES SERIES > KIRBY & LEE STUF SAID NEW PTG