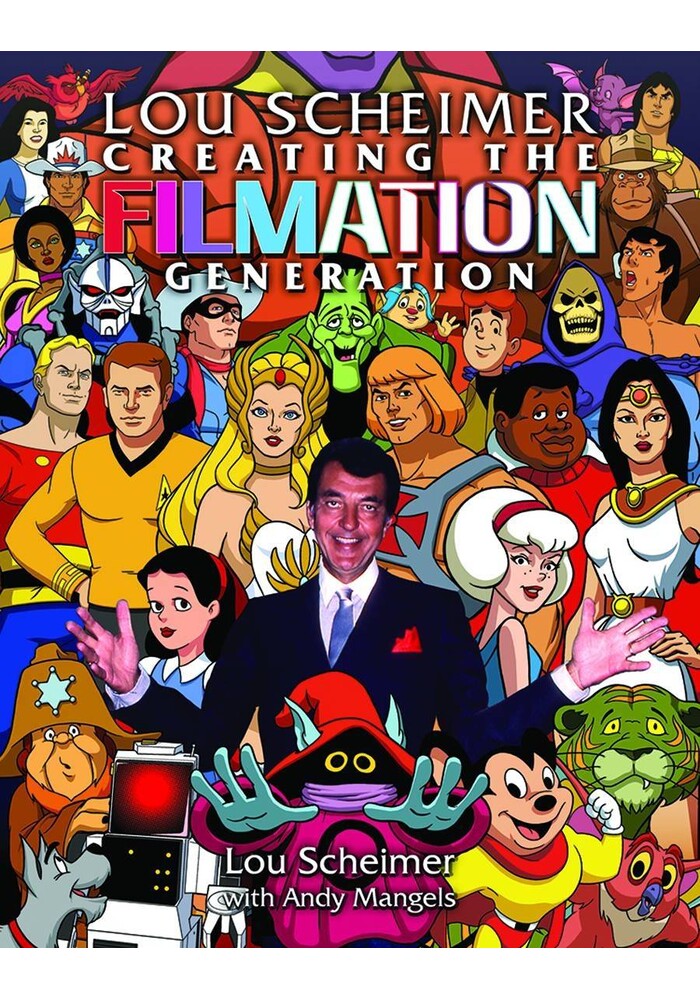 Hailed as one of the fathers of Saturday morning television, Lou Scheimer was the co-founder of Filmation Studios, which for over 25 years provided animated excitement for TV and film. Always at the forefront, Scheimer's company created the first DC cartoons with Superman, Batman, and Aquaman and swung into high adventure with Tarzan, The Lone Ranger, and Zorro. Forays into live-action included Shazam! and The Secrets of Isis, plus ground-breaking special effects work on Jason of Star Command and others. And in the 1980s, Filmation single-handedly caused the syndication explosion with He-Man and the Masters of the Universe and its successors. Now, Lou Scheimer tells the entire story in this book illustrated with photos, model sheets, storyboards, presentation art, and more.
Be the first to write a review!
Path: Home > COMIC BOOKS > TWOMORROWS PUBLISHING MAGAZINES SERIES > LOU SCHEIMER CREATING FILMATION GENERATION SC