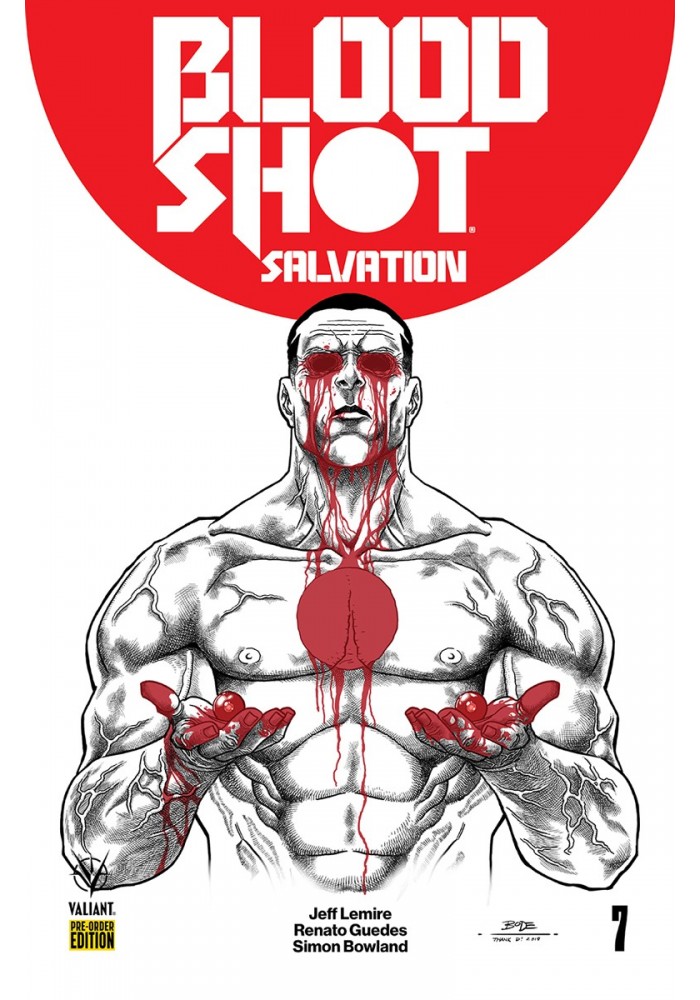 Master storyteller Jeff Lemire takes the helm for the year's most terrifying, most memorable special issue - told entirely in PITCH BLACK DARKNESS!Deployed into the demonic realm called Deadside in search of a cure for his ailing infant daughter, Bloodshot has lost the one sense he needs most to navigate the land of the dead: his sight. Blinded with only his four-legged ally, Bloodhound, to aid him, Ray Garrison must fight onward as one man against the darkness - even as he is beset from all sides by a horde of inhuman entities that crave only death, suffering, and slaughter...Told in total darkness from Bloodshot's point of view, "THE BOOK OF THE DEAD" enters uncharted territory with a seminal experiment in storytelling written and staged by Eisner Award-winning visionary Jeff Lemire (Black Hammer, Animal Man)!
Be the first to write a review!
Path: Home > COMIC BOOKS > VALIANT COMICS SERIES > BLOOD SHOT SALVATION #7 PREORDER EDITION