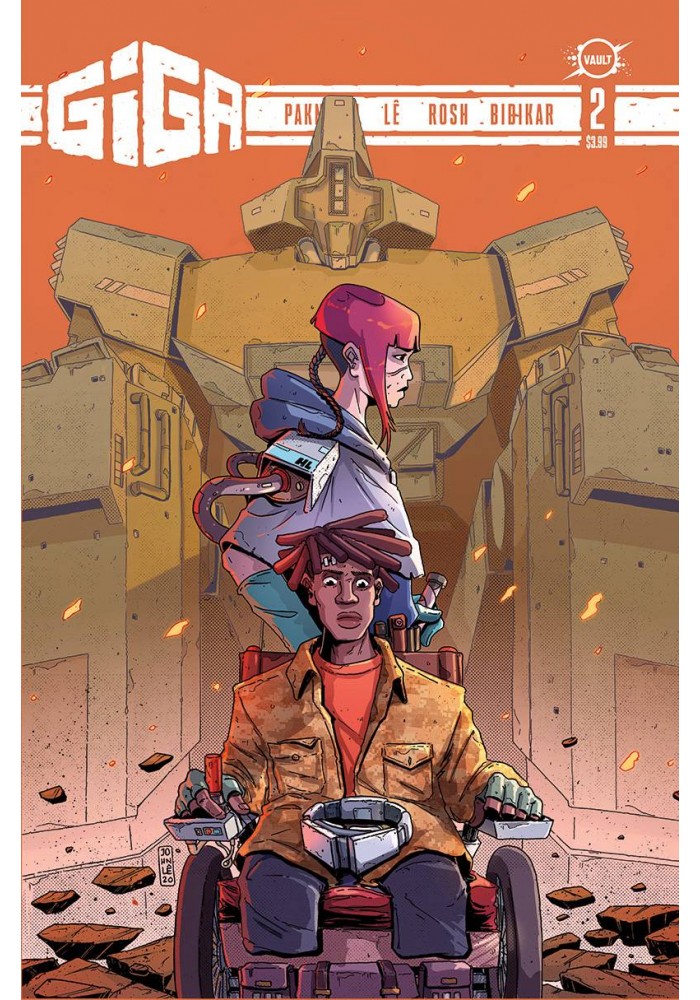 Evan should never have gone back to the dead Giga,but he did,and now he's a murder suspect. Meanwhile,Legs is deteriorating at an alarming rate. The Red King--the oldest and largest of the Giga--is revealed,prophesied to unleash hell on a world whose sins the great mech took into itself centuries earlier. As an old friend of Evan's returns,he devises a desperate plan to locate the dead Giga's real killers.
Be the first to write a review!
Path: Home > COMIC BOOKS > VAULT COMICS SERIES > GIGA #2 CVR A LE