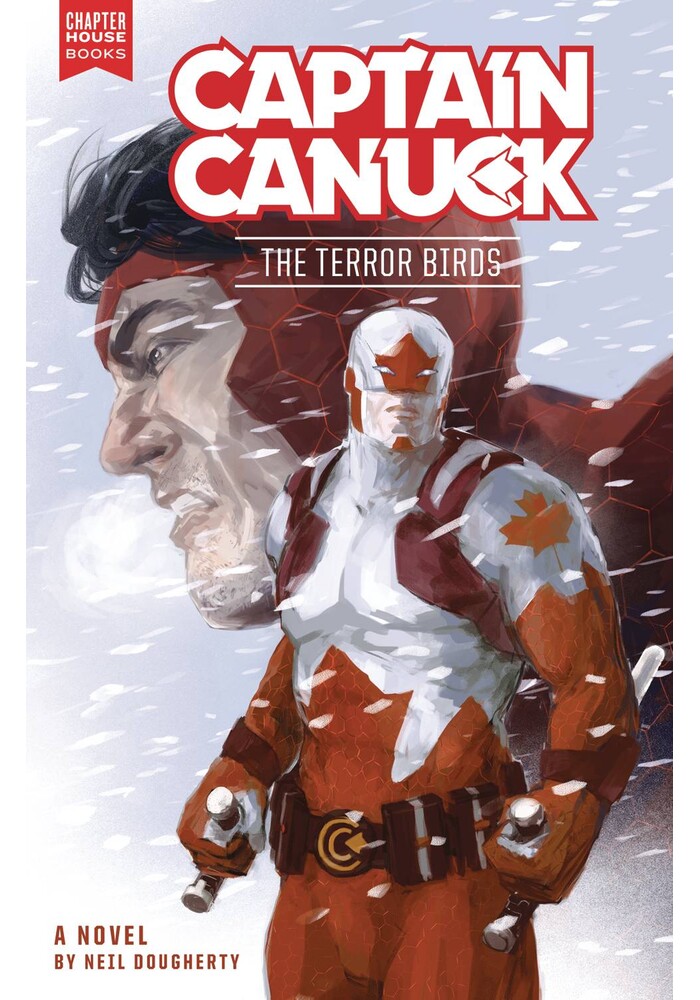 Neil Dougherty kicks off the Captain Canuck novels with The Terror Birds! Answering a scrambled distress call from an old friend launches Canuck and Kebec into a maelstrom of violence triggering a race against time to foil a terrorist attack. Backed by a fanatical North Korea hell bent on revenge, Goldcorps' sinister special projects have pushed the dark frontiers of science and weaponized a prehistoric cyborg. Their target - the new Canadian Prime Minister's first G8 summit in Ottawa. Equilibrium's two top operators will need all their skill to stop the massacre on the Rideau and push their friendship to its limits as the duo cross Canada on their wildest and most outrageous outing yet.