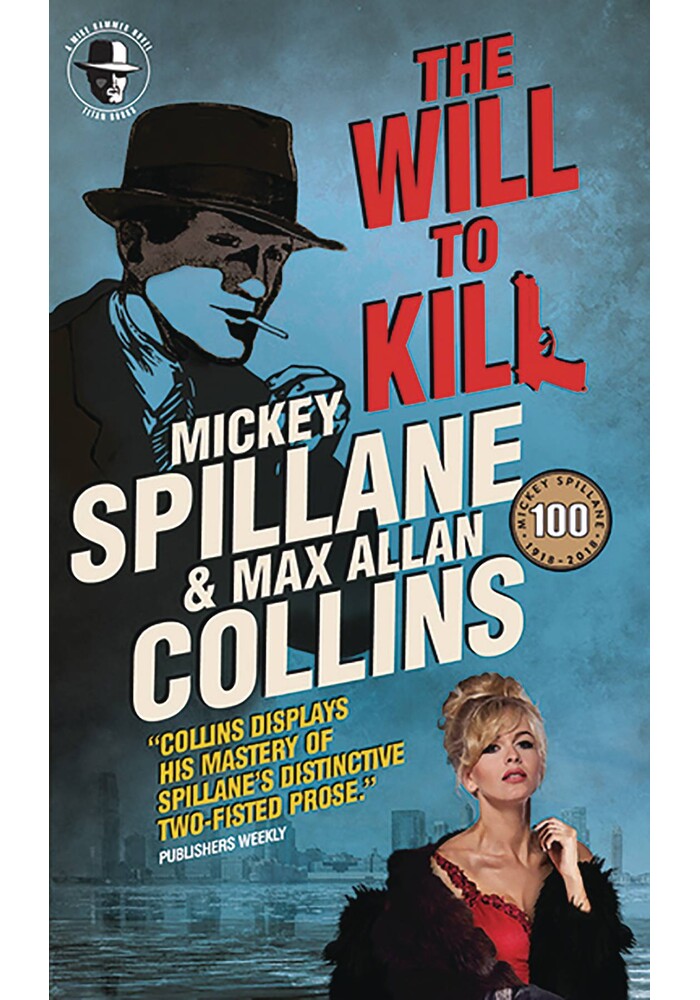 MIKE HAMMER WILL TO KILL MMPB

Taking a midnight stroll along the Hudson River, Mike Hammer gets more than he bargained for: a partial corpse on an ice floe. The body is that of a butler to a millionaire-also now deceased. Were both master and servant murdered? Captain Pat Chambers thinks so. But to prove it Hammer must travel to upstate New York to investigate the dead man's family, all of whom have a motive for murder. The new Mike Hammer tale by masters of the hardboiled genre Mickey Spillane and Max Allan Collins. Over 225 million copies of Spillane's books have sold internationally since first being published in 1947. He was the bestselling mystery writer of the 20th century (even out-selling Agatha Christie). Mike Hammer is his most famous creation and the precursor to characters like James Bond, Dirty Harry and Jack Bauer. 'Mike Hammer is an icon of our culture.' The New York Times.

Be the first to write a review!
Path: Home > NOVELS > MIKE HAMMER WILL TO KILL MMPB