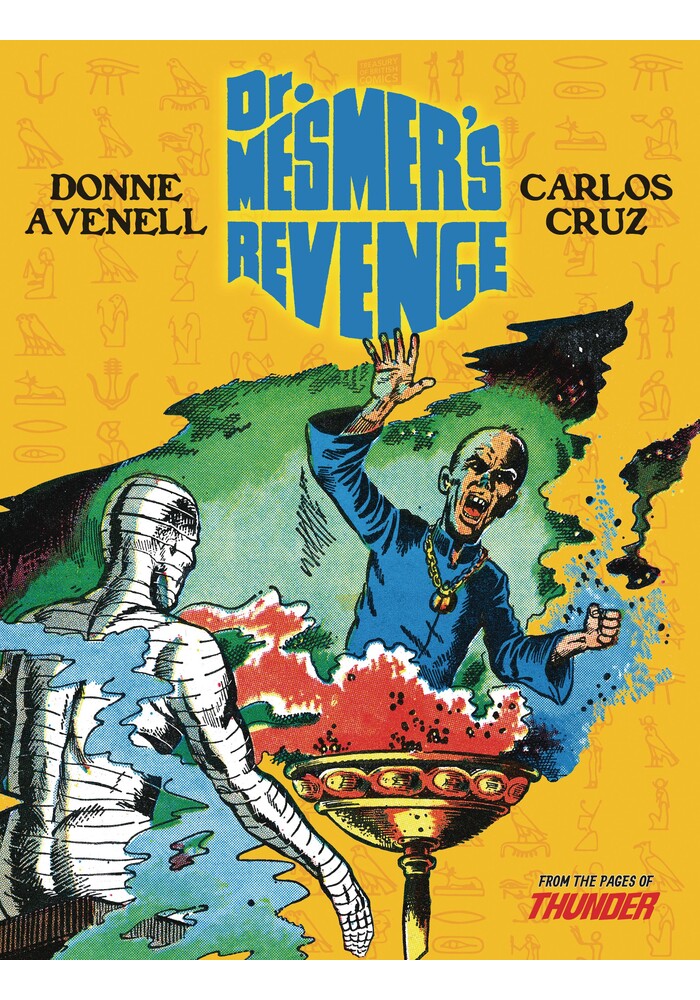 Hammer Horror meets Doomlord in this 1970s supernatural comics gem! After several artefacts are stolen from his home, the mysterious Egyptologist Dr. Mesmer resurrects a five-thousand-year-old mummy called Angor, a Pharaoh possessed with great mystical power. Together they set out to retrieve the missing items, bringing terror and destruction in their wake! Featuring the work of legends of British comics Donne Avenell (The Spider, The Phantom) and illustrated by Carlos Cruz Gonzalez (M.A.S.K, The Phantom).
Be the first to write a review!
Path: Home > AMERICAN > 2000 AD TRADE PAPERBACKS > DR MESMERS REVENGE TP