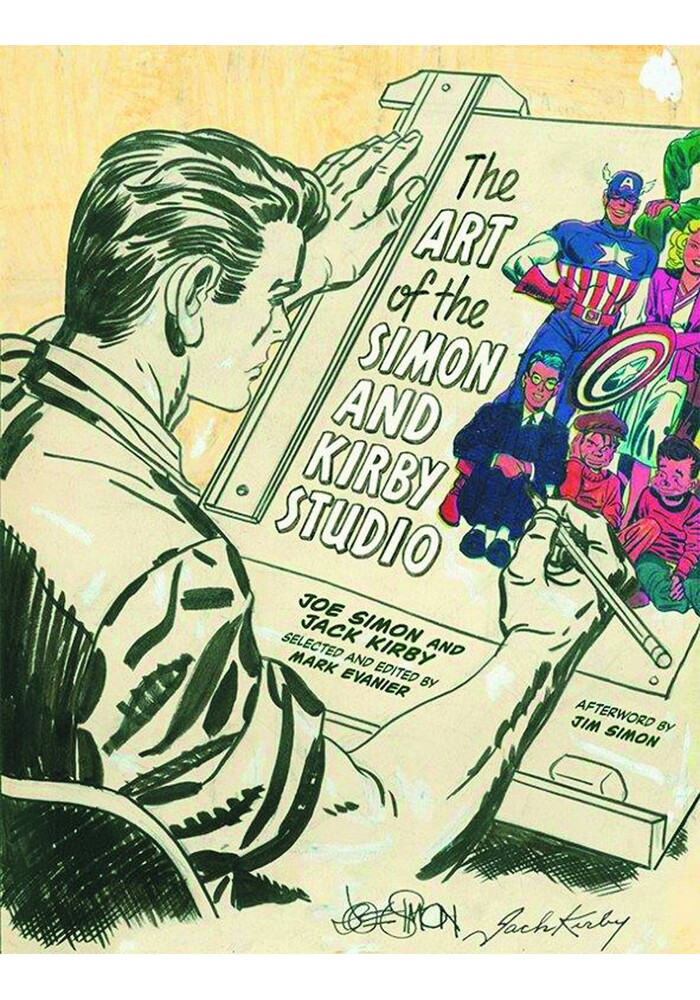 ART OF THE SIMON AND KIRBY STUDIO

The names Joe Simon and Jack Kirby are synonymous with comic books, and their partnership ushered in the Golden Age of comics starting in the 1940s. Together they created memorable characters such as Captain America and Sandman, invented romance comics, and raised the standard for the genres of western, crime, and horror comic books. Over the course of three decades they wrote and illustrated several hundred comics. Selected and with an introduction by Mark Evanier, the foremost authority on the work of Simon and Kirby, the book includes artwork photographed from the original art in Joe Simon's private archive and showcases their artistry as it has never been seen before.
Be the first to write a review!
Path: Home > AMERICAN > ABRAMS COMICARTS BOOKS > ART OF THE SIMON AND KIRBY STUDIO