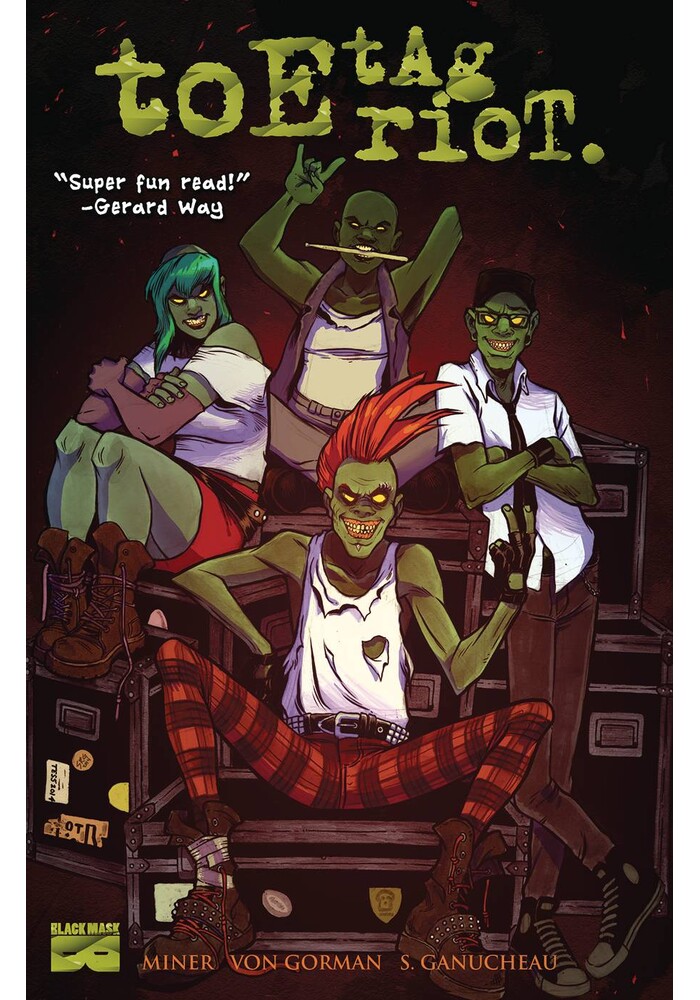 A hilarious and gory tongue-in-cheek story, Toe Tag Riot is a punk rock band cursed to become zombies who make the best of their situation by adhering to a strict diet of racists' and misogynists' brains! Starring Andy Hurley of Fall Out Boy and The Westboro Baptist Church (as dinner!), this horror-comedy in the vein of Return of the Living Dead and Deathgasm was released to rave reviews from both the comics media and LGBTQ new outlets who couldn't get enough of the ultra-violent, politically-minded fun and gore. Coming to book form for the first time, this collection includes the four-issue mini-series plus the super-limited #0 prequel issue and the short comic originally published in Alternative Press Magazine!
Be the first to write a review!
Path: Home > AMERICAN > BLACK MASK STUDIOS TRADE PAPERBACKS > TOE TAG RIOT TP